Former 2020 Democratic presidential candidate Marianne Williamson weighs in on political scrutiny when it comes to the remaining Democratic candidates.

"I see Democrats asking Sanders 'Look, let's don't drag this thing out any more than we have to. People want to get onto the general election. They want to get on to defeating Donald Trump,'" Carville said on MSNBC Tuesday night.

"And I think Sanders' showing tonight made hardly any showing with the African-Americans who are our most loyal constituency, "Carville continued, "and [one of our] most exciting new constituencies ... educated white women, [Sanders] showed nothing."

On "The Story," Williamson, an author and inspirational speaker, told host Martha MacCallum that Carville's comments were factually wrong. 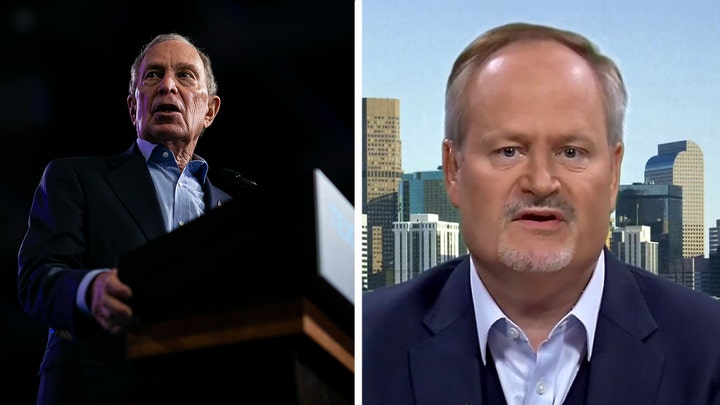 Williamson added that Carville missed Sanders' strong performance in a major Super Tuesday state that is flush with both constituencies he mentioned:

"What do you call California by the way?" she said.

She said that Carville, a longtime ally of the Clintons who helped then-Arkansas Gov. Bill Clinton pull off a surprise win in 1992, is a "political operative" and that if Sanders were his candidate, he would have likely been critical of Biden."

"I know James Carville has his favorite horse in this race but that was uncalled for," she said of the Louisiana native.

Williamson also addressed reports that reps from Sen. Elizabeth Warren's campaign were huddling with Sanders officials late Wednesday, saying Warren is a strong woman who must be considering tough questions and actions regarding her bid for the White House.

"She knows about the moderates who left the race to endorse Biden and I'm sure there is a lot of pressure on her to do the same for Bernie," she said. "But, let's always put the humanity of people first and understand that people have to go through what they have to go through to make the decisions that they make."