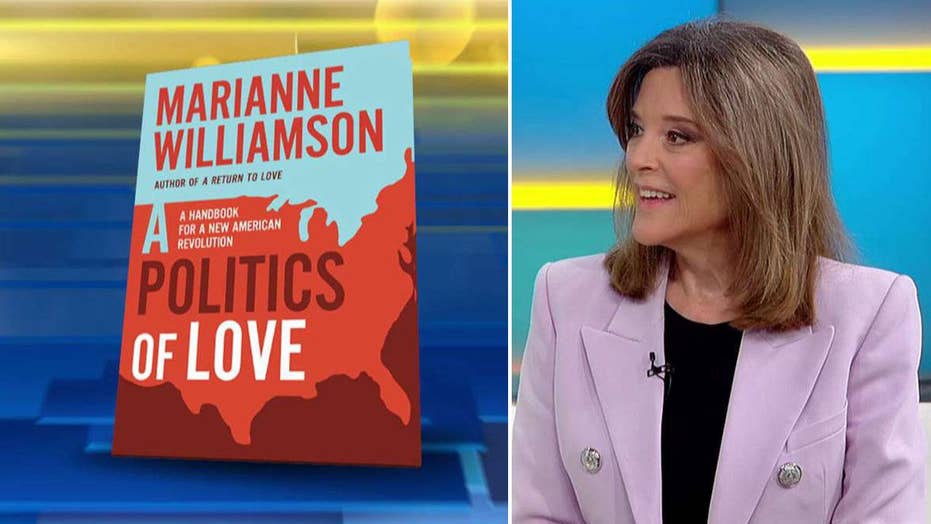 2020 Democrat presidential candidate Marianne Williamson speaks out on 'Fox &amp; Friends' after being shut out of the latest DNC primary debate.

Spiritual guru and 2020 Democratic candidate Marianne Williamson was caught on a hot mic saying conservatives are 'nicer' to her than the left.

In an audio recording released from an interview last week, Williamson sounded off on the hostility she has faced from the political left.

After expressing frustration about the release of the clip, Williamson clarified that it was how she felt on "that day" and expected that she knew running for president wouldn't be a "walk in the park." She added how Republicans "don't have to be attacking" her during a Democratic primary while other Democrats "are working for other candidates."

Last week, Williamson said in an interview she didn’t think that "the left was so mean" until she ran for president. In August, she claimed that "very powerful forces" within the Democratic Party were trying to prevent her from appearing on the debate stage.

She also slammed Democrats for being "condescending" to people of faith after making a tweet suggesting that prayer intervened in Hurricane Dorian's impact on the U.S.