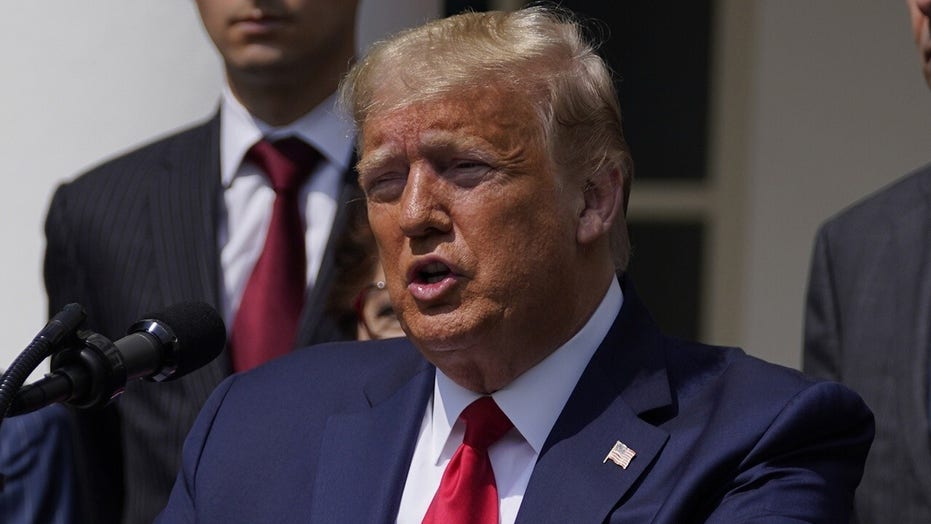 The vast majority of the mainstream media falsely framed President Trump's remarks about George Floyd being "happy" about the ongoing pursuit for equality under the law to being about the positive jobs report.

During his Rose Garden presser on Friday, which mostly touted the shocking jobs report that revealed 2.5 million people are back to work, Trump took a moment to address the injustice Floyd faced from the Minneapolis Police and how he strongly believes change will happen following his death.

However, dozens of media outlets took Trump's "great day" comments and framed them as though George Floyd should be happy about the jobs report.

At the press conference, NBC News correspondent Peter Alexander attempted to ask the president, "How would a better economy have protected George Floyd?"

CNN White House correspondent Kaitlin Collins tweeted the quote in reference to the jobs numbers, which was amplified by a retweet from CNN anchor Jake Tapper to his 2.5 million Twitter followers.

That clip now has over 3 million views.

Baker later deleted the tweet after being called out by critics, claiming "there's some question" regarding what Trump was referring to.

Many of the same outlets then doubled down on the false framing when reporting on former Vice President Joe Biden attacks on Trump using the same false framing in remarks he gave Friday afternoon.

Esquire Magazine boldly declared in its headline, "This Is the Most Singularly Batsh*t Crazy Thing Any President Has Said Out Loud in Public."

Yahoo News similarly ran the headline: "Trump says he hopes George Floyd 'is looking down' and celebrating jobs report: 'This is a great day for him.'"

NPR falsely reported that Trump "seemed to proclaim that George Floyd, whose killing by police in Minneapolis has sparked over a week of protests, would be happy with the economic news."

The Daily Beast, after running Trump's quote in an ambiguous headline, falsely led its report, "After touting new jobs numbers and mentioning the ongoing protests, Trump on Friday suggested George Floyd is “looking down” and celebrating “a great day for everybody.”

Washington Post reporter Philip Bump ran a list of everything Trump "talked about," but misleadingly separated Trump's call for "equal justice under the law" with his "great day" comment about Floyd as if they were two completely different thoughts. Bump highlighted what was apparently in Trump's prepared remarks.

Washington Post opinion writer Paul Waldman, after taking Trump's quote out of context falsely claimed, "Yes, you read that right: The president asserted that George Floyd is gazing down from heaven, overjoyed that the economy added some jobs last month. I guess there’s no more need for protests.