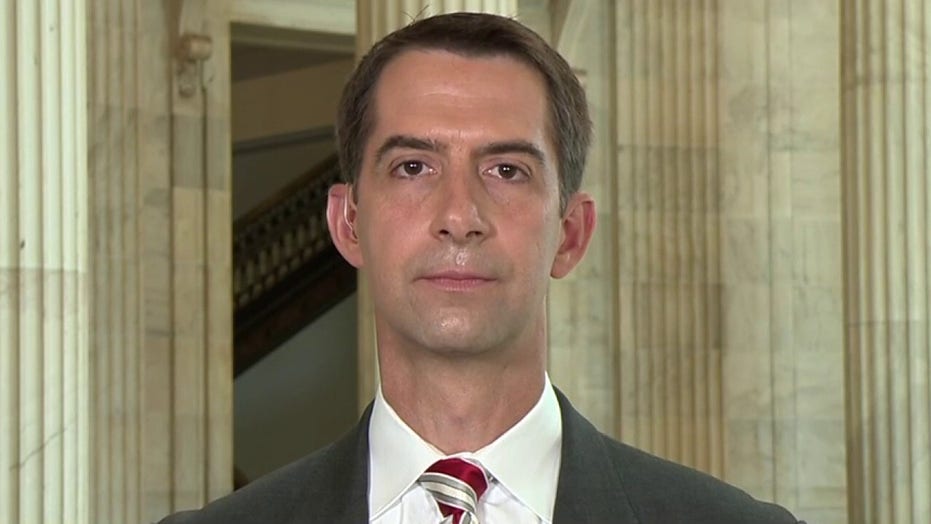 Arkansas Sen. Tom Cotton responds to ‘The New York Times’ facing backlash after publication of his op-ed is claiming to put their black staff ‘in danger.’

The New York Times has made a stunning "mea culpa" regarding an op-ed written by Sen. Tom Cotton, R-Ark, that has sparked an enormous backlash among its own journalists.

In the piece published Wednesday, Cotton called on the federal government to "send in the troops" to quell violent uprisings over George Floyd's death. However, what was described as an "open revolt" took place among dozens of Times staffers with all of them tweeting in unison, "Running this puts Black @NYTimes staff in danger."

"An op-ed from a U.S. senator did not meet the editorial standards of the @NYTimes, but op-eds by Vladimir Putin, Nicolas Maduro, Recep Tayyip Erdogan, and the Taliban did," Washington Examiner reporter Jerry Dunleavy pointed out.

Cotton's Communications Director Caroline Tabler told Fox News, "We weren’t contacted by the New York Times in advance of this statement and our editorial process was similar to our past experiences at the New York Times and other publications. We're curious to know what part of that process and this piece didn’t meet their standards."

This wasn't the time the Times faced liberal backlash this week. Many Democrats blasted a front-page headline that they deemed too favorable to President Trump. "As Chaos Spreads, Trump Vows to 'End It Now,'" the top headline read with various images from the unrest.

Following swift condemnation from the left, including prominent lawmakers such as Rep. Alexandria Ocasio-Cortez, D-N.Y., the headline was changed to "Trump Threatens to Send Troops into States."