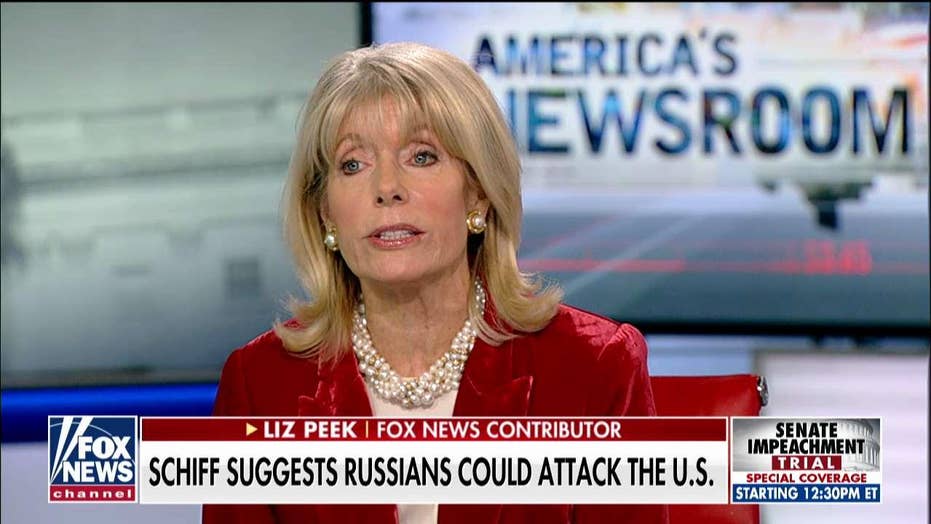 Liz Peek: Every president will be impeachable by this standard

Fox News contributor Liz Peek argued Thursday that future presidents will be subject to the "lowered standard" for impeachment set by the House Democrats' current bid to remove President Trump.

Peek said that many Americans feel that Trump is being subject to a far lower standard for impeachment than President Obama.

“This is why people are tuning out. They know a lot of bad stuff happened when Obama was president. ... What we should be focused on is that, going forward, every president is going to be impeachable by the terms that the House has now established," Peek told “America’s Newsroom."

Peek’s comments came after House Intelligence Committee Chairman Adam Schiff, D-Calif., kicked off the House Democrats' three-day opening case against President Trump by accusing him of trying to "cheat" in the 2020 election through his Ukraine dealings. 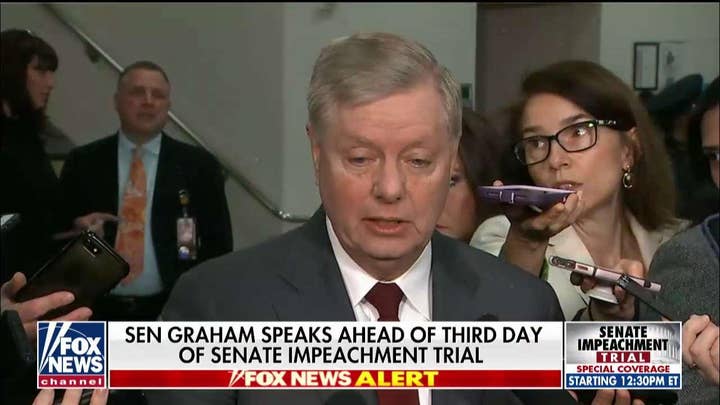 Trump "attempt[ed] to use the powers of the presidency to cheat in an election," said Schiff, the top House Democratic impeachment manager. He argued the only remedy is impeachment -- going so far as to question the legitimacy of this year's presidential election with Trump back on the ticket.

Peek said that the House Democrats' impeachment push is “all about politics” and many Americans have “tuned out.”

“What’s amazing to me is that Adam Schiff doesn’t realize he has published a mystery novel by putting the conclusion out there months ago. We know what [Democratic House impeachment managers] are going to say and, here [Schiff] is, two and a half hours yesterday, saying it over and over again.”

She argued that the impeachment is "all about politics" and the trial is also aimed at putting pressure on possibly vulnerable Republican senators facing re-election in November.