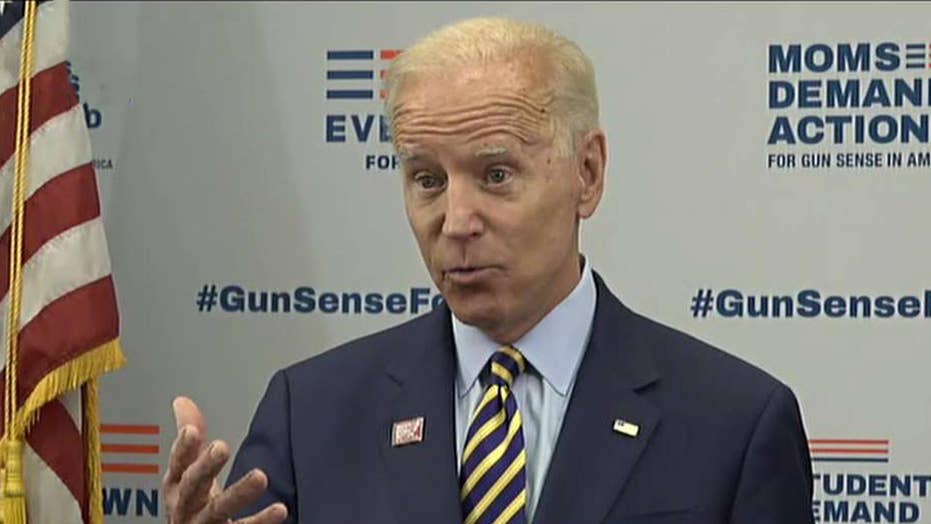 Biden's verbal mistakes pile up in Iowa; reaction and analysis on 'The Five.'

"I think he continues to make mistakes because he's not authentic. He's changed from the Joe Biden of Scranton and the people's person," Jones told his co-hosts.

Jones also said he believes that -- despite Biden being the party's frontrunner -- the former vice president does not have the "stamina" to finish out the race.

"The voters currently in the primary ... don't like crazy. Maybe the AOC wing of the party but that's not the majority" Jones said.

"But Joe just doesn't have the stamina. He's not authentic. Trump is going to take advantage of that during the general election."

"So if you just hold him back and keep him under glass like an 'in case of fire' ... ax.  But if you let him out, you will see his vulnerabilities and that will freak out voters," Gutfeld said.