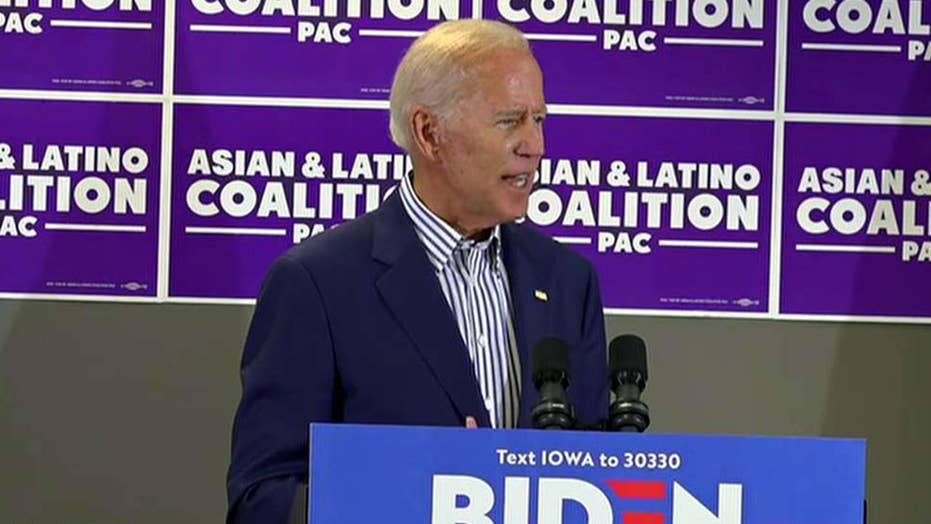 Trump: Biden is not playing with a full deck

Kristen Soltis Anderson and Colin Reed weigh in on Joe Biden's comments that 'poor kids' are just as smart as 'white kids.'

What the Biden campaign later described as a "slip-up," Biden was speaking to the Asian & Latino Coalition PAC in Iowa and encouraging everyone to "challenge" students in low-income neighborhoods.

"What we should do is we should challenge these students in these schools. They have advanced placement programs in these schools," Biden told the crowd.  "We have this notion that somehow if you're poor, you cannot do it. Poor kids are just as bright and just as talented as white kids."

CONFUSION AT THE IOWA STATE FAIR? BIDEN SAYS 'WE CHOOSE TRUTH OVER FACTS'

The gaffe went viral after it was shared by Trump campaign rapid response director Andrew Clark.

When reporting on the gaffe during a Thursday morning segment that aired on "Today," Mitchell began by noting that Biden gave a "widely-praised speech" at the Iowa State Fair hours before his controversial remarks and how the Trump campaign is "seizing on a few words."

"Democratic frontrunner Joe Biden has been unleashing scorching attacks against President Trump this week on race. The former vice president accusing the president of being a racist who emboldens white supremacists by aligning himself with their cause," Mitchell said.

"But it's Biden's bungling of his own remarks that are making headlines this morning after a long day and night at the Iowa State Fair speaking to a group of predominately Asian and Hispanic voters."

The MSNBC anchor and NBC News foreign affairs correspondent went on to note how the Trump campaign was "quickly seizing on just the 'white kids' comment" and said Clark's video "notably did not include the full remark."