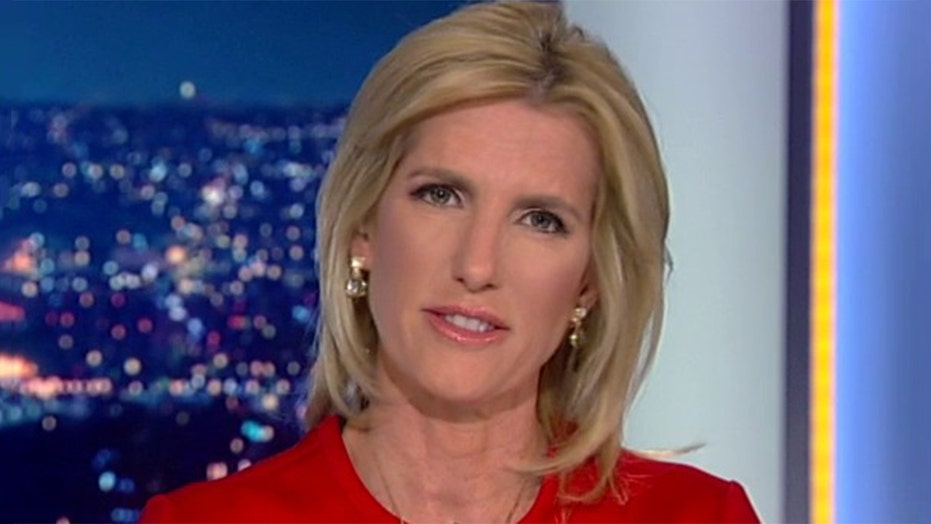 Laura Ingraham called out Democrats for using the coronavirus outbreak as a political tool to attack President Trump, declaring them Wednesday the "misery party."

"If you're worried about the spread of the coronavirus, well, you're obviously not alone. It's unsettling to see doctors and what looked like, you know, hazmat suits in China. People quarantine hanging out of hotel windows in Italy. And, of course, your fellow airline passengers wearing face masks," Ingraham said. "Yet more unsettling is something happening right here in the United States. And it's not medical. It's political. Democrats and their media cronies have decided to weaponize fear and also weaponized suffering to improve their chances against Trump in November."

"The facts don't matter to the Trump haters," Ingraham said after playing a montage of criticism from pundits on cable news. "They learn from they never let a crisis go to waste philosophy of Rahm Emanuel, that many of them are frankly so sick with their anti-Trump fever that they actually consider this virus a political godsend."

Ingraham said that Democrats are pushing their narrative in order to impact Trump's economy.

"The 2020 Democrats, on the other hand, are either hoping for misery or actually peddling it. None of the candidates have an answer to Trump's booming economy," Ingraham said. "So they pretend as they did in last night's debate, that Americans really aren't better off at all."

The host ripped the Democratic presidential candidates saying "remember, good news for you is bad news for the misery party."

"The Democrats are coming up empty," Ingraham declared. 'The great American comeback is a fact."

"If they appear to be rooting for Americans suffering and pain during an election year, I promise you that the voters will put them in a political quarantine come November," Ingraham said.