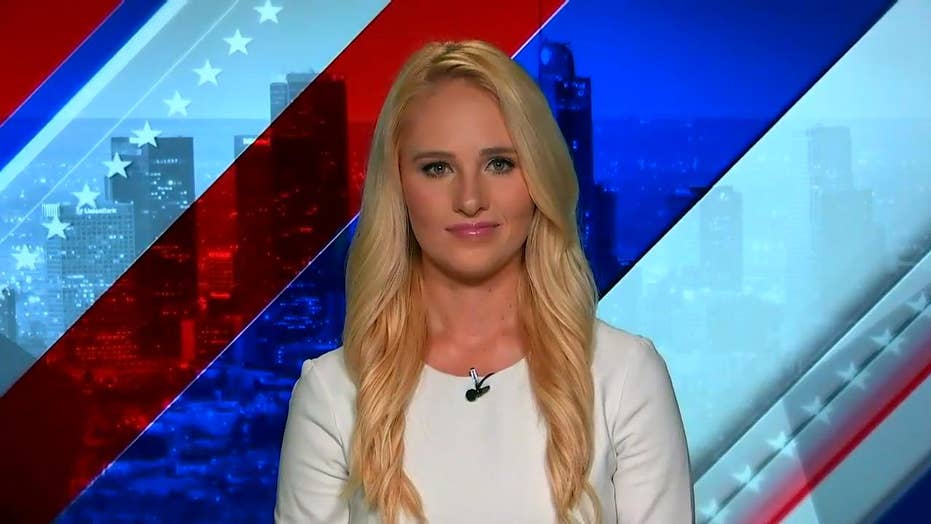 Elizabeth Novak closed her salon and moved out of the California state capital, and she blames the Governor for favoring the homeless over business owners. "You want to make us a sanctuary state.  You want to make it comfortable for everybody, except the people that work hard and try their hardest to get along in life ... Your liberal ideology is not working, and I don't know who you are trying to please," said Novak in her Twitter post.

Lahren weighed in on all of that in Fox Nation's, "Tomi Lahren, First Thoughts."

"She hit the nail on the freakin' head with every single word, line, sentence and paragraph.  That is what a state with over a $21 billion surplus has to offer its residents ... felons wandering the streets in broad daylight in front of schools, homes, businesses, and damn-near everywhere else, except the Governor's Mansion, residence of Gavin Newsom.  And something tells me ... that the rest of our glorious Democratic representatives are also shielded from the California-sized mess that they have created here."

"Instead of fixing it, what do they do? They usher in more illegals, protect them with sanctuary, provide them with free health care and more.  They pass laws limiting actual law enforcement, while uncuffing felons, drug dealers and sex offenders.  They raise taxes and saddle on regulations suffocating the middle-class driving businesses out of the state ... Wow!  It sounds like California needs a change.  Sounds like it's time to take back this beautiful state before there's nothing beautiful to save," said Lahren.

Fox Nation programs are viewable on-demand and from your mobile device app, but only for Fox Nation subscribers. Go to Fox Nation to start a free trial and watch the extensive library from Pete Hegseth, Abby Hornacek, Laura Ingraham, Ainsley Earhardt, Greg Gutfeld, Judge Andrew Napolitano and many more of your favorite Fox News personalities.