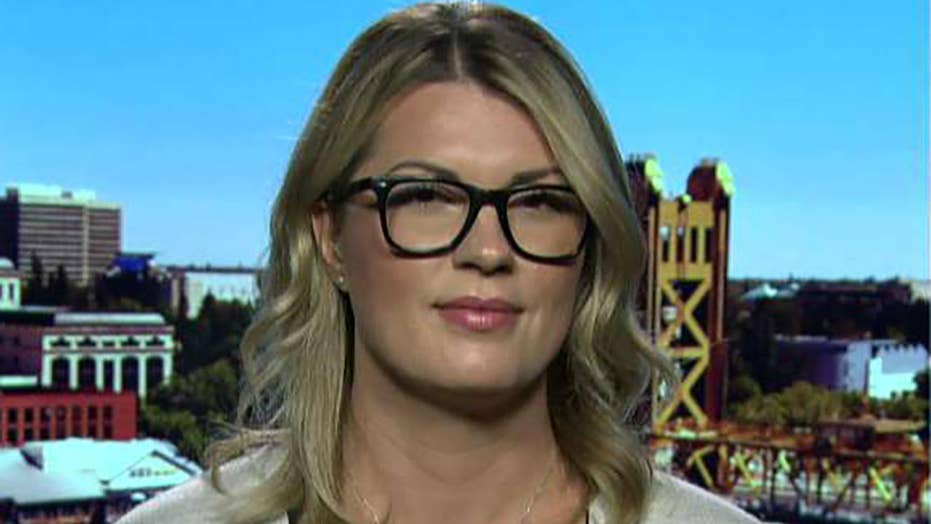 Sacramento, California salon owner Elizabeth Novak takes to Twitter to call out Gov. Newsom after being broken into and having to clean up human excrement and trash every week.

Elizabeth Novak packed up her salon and moved out of Sacramento due to the mounting problems from homelessness in the California capital, and told Fox News Monday the issue is “disheartening.”

“I am angry about it as well. I wouldn’t be relocating if it wasn’t for this issue,” Novak told “Fox & Friends.”

In a viral post, Novak blasted California Gov. Gavin Newsom via Twitter, complaining that government inaction leaves residents and business owners like her having to clean up after homeless people who sleep on the streets and sidewalks.

“When I come into work, I’m never sure what I am going to walk into. I’ve been broken into, I've had my glass broken, I clean up human excrement off of my doorstep every week, cups of urine, things like that,” Novak said.

She added, “I do have compassion for these people but, you know they’re sleeping in front of your door, and they’re leaving trash and they’re turning over garbage cans and I can’t do that anymore.”

Novak said the homelessness issue “is as bad” as the media is saying it is. “A lot of people are saying it’s a housing issue. It’s a drug issue,” Novak said.

“I’ve spoken with a lot of law enforcement in my area and they all have the same answers. Their hands are tied, they can’t arrest them, and a lot of people think arresting won’t do much and it definitely will,” Novak said.

"Fox & Friends" host Ainsley Earhardt noted that Novak's video targeting Newsom received harsh backlash from critics. “It’s to be expected," she said responding to Earhardt. "You know, in this political climate, when you attack any sort of liberal legislation, You’re going to get those responses.”