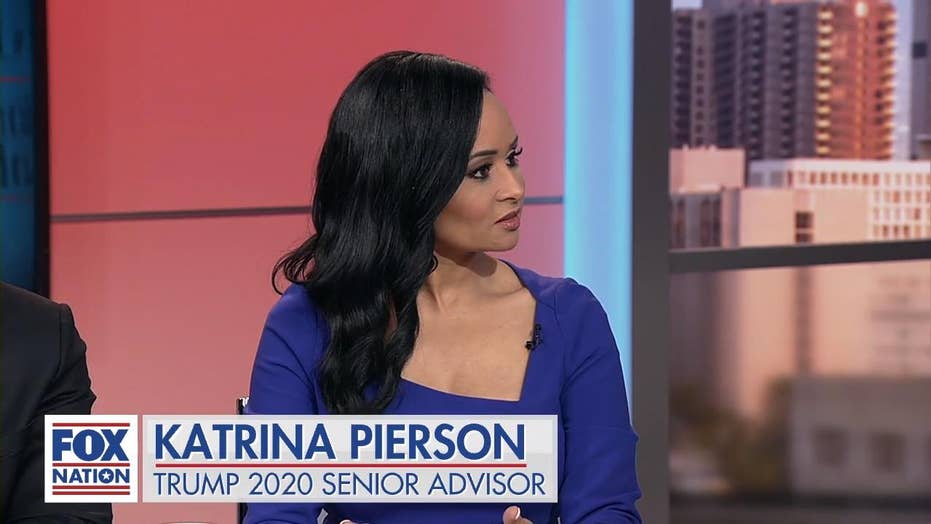 Katrina Pierson: ‘Anonymous’ anti-Trump book was written by a senior advisor in Administration

The anonymous official behind the latest anti-Trump book is an adviser close to the president, claimed Trump 2020 campaign adviser Katrina Pierson on Fox Nation's "Deep Dive."

Discussing the new book called "A Warning," Pierson said the mysterious author who in a 2018 New York Times op-ed claimed to be "part of the resistance" to undermine President Trump, is closer to the president than it appears.

"I caught a glimpse of something I'm not quite sure people have caught onto yet," said Pierson, citing a Washington Post article that announced the release of the book.

Pierson pointed to an excerpt from the soon-to-be-released book that reads, "Americans cannot expect that his advisers can fix this situation. ... We cannot."

Pierson said she believes the author accidentally outed himself or herself. "This was an adviser to the president," said Pierson.

"This is someone who was right there, every day with him and they let themself get out there in front of this book -- and I think it's deeply disturbing that this individual is speaking at this level and 'warning'...America."

Katrina Pierson in a photo earlier this year. (Photo by Moses Robinson/Getty Images for Revolt)

Guest host of the Fox Nation show Steve Hilton agreed with Pierson, calling the book "everything he hates."

"It's so arrogant, it's pompous, spineless, it's so infuriating," he said, "but I think it's good for people to see it because they can see what he's [Trump] been up against all along."

"They call us right-wing conspiracy theorists when we say that there's a  deep state, when we say that people are against this president within his own administration...but despite all this, he just gets stronger and stronger and does more and more for the American people -- and that is with everything that he has up against him," she said.

"I just think he is spineless, cowardly," he said. "For someone to put something like this out there and not even put their name on it...I just think it's cowardly."

The soon-to-be-released book, which is advertised as a highly revealing first-hand account of the resistance to the president from inside his administration received a surprising review from Washington Post book critic Carlos Lozada.

"The author claimed to be part of a group fighting for America’s democratic while 'thwarting Mr. Trump's more misguided impulses,' but readers did not learn what sort of work the anonymous writer did or what, if anything, had been thwarted," Lozada wrote of the op-ed.

"However accurate and sobering such characterizations may be, they all belong in a folder labeled Stuff We Already Know. Unfortunately, much of 'A Warning' reads like a longer version of the op-ed, purposely vague and avoiding big revelations in order to preserve the author’s anonymity."

"The whole thing is outrageous," Hilton said, taking aim at
"the establishment."

"I think one of the reasons that a lot of people have really kind of got behind President Trump after years of being so lukewarm conservative... is that they see someone who's finally a fighter."

"I think one of the reasons that a lot of people have really kind of got behind President Trump after years of being so lukewarm conservative -- people on the right I'm talking about -- is that they see someone who's finally a fighter. You know, he's actually standing up. He's not just apologizing the whole time. He's just he's sort of rolling over and just celebrating the values and the lives and the priorities of regular Americans in a way that the establishment just used to sort of sneer at them."

"Donald Trump comes in and starts solving problems. That's why they're against him," Pierson added.