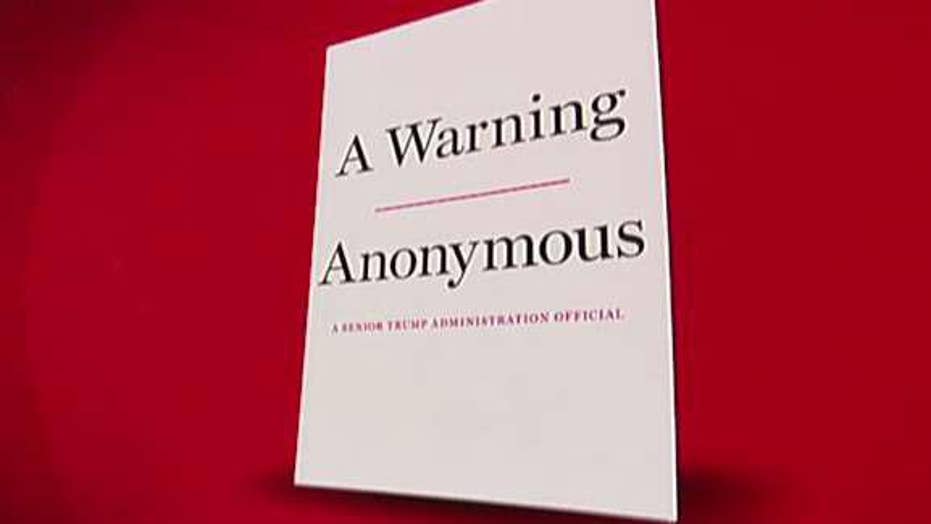 The Department of Justice is demanding information on the senior Trump administration staffer behind the infamous 'resistance' op-ed in The New York Times and new book 'A Warning.'

The controversial anti-Trump book written by the anonymous Trump official is apparently so dull that even the liberal Washington Post couldn't praise it.

The mysterious Trump administration staffer who declared in an infamous 2018 New York Times op-ed that he or she was "part of the resistance" to undermine President Trump wrote the new book called "A Warning," but the author did not receive much love from Washington Post book critic Carlos Lozada.

"The author claimed to be part of a group fighting for America’s democratic while 'thwarting Mr. Trump's more misguided impulses,' but readers did not learn what sort of work the anonymous writer did or what, if anything, had been thwarted," Lozada wrote of the op-ed. "However accurate and sobering such characterizations may be, they all belong in a folder labeled Stuff We Already Know. Unfortunately, much of 'A Warning' reads like a longer version of the op-ed, purposely vague and avoiding big revelations in order to preserve the author’s anonymity."

Lozada said he would stop short of calling the author "cowardly" for holding onto anonymity despite the numerous civil servants set to testify as part of the ongoing impeachment inquiry. Still, he labeled the anti-Trump White House official "self-defeating."

A Washington Post book critic had some harsh words for the new book from the anonymous Trump administration official. (iStock, File)

"Anonymity is often granted to acquire additional information, but in this book, it excuses giving less," Lozado explained. "'A Warning' tells us plenty about what Anonymous thinks, not enough about what Anonymous knows. And without learning more about the writer, it’s tough to know what to make of either."

The Post critic warned readers they would be "barraged by similes" due to the "absence of facts." He also said it was like other tell-all books from other former government officials: typically "shocking and alarming yet, by this point in the Trump presidency, almost entirely unsurprising."

"What frustrates about reading 'A Warning' is that its author is not a journalist or a former official, but someone still working in the administration at a high level and ostensibly in position to not just chronicle conditions but to affect them. Instead, the book offers an endless encore of senior officials expressing concern to one another," Lozada continued. "There are moments of detail and revelation, but they usually affirm points long understood about the president. More often in 'A Warning,' actions are not taken; they are almost taken... It’s like 'Profiles in Thinking About Courage.'"

Lozada questioned why the anonymous author remained in the administration if the individual "concluded that the quiet resistance is powerless." 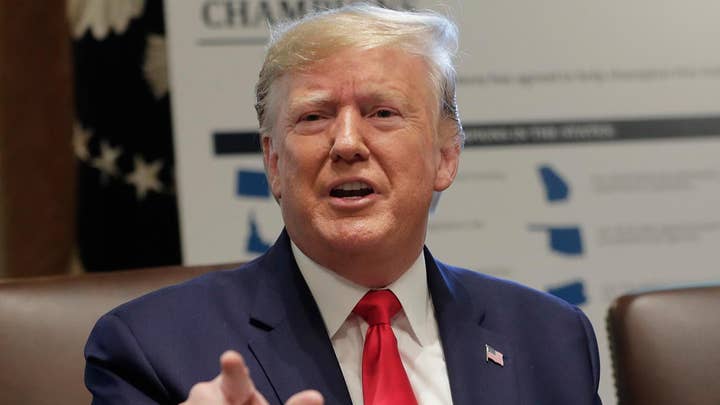 "If no longer resisting, what is Anonymous doing, and how is he or she furthering the Trump agenda?" Lozada continued. "That is the tragedy of Trump’s adults in the room; the longer you’re in that room, the less of an adult you become."

He added, "We don’t need a secret administration insider to tell us to pass the torch of liberty; we need that person to detail whether and how the torch is being doused... without a clearer sense of who Anonymous is and what this person has seen, done and is still doing, “A Warning” does not cut through the noise. It just creates more of it."