Fox News contributor Karl Rove told 'Jesse Watters Primetime' that President Biden will not be the Democratic Party's nominee in 2024.

Fox News contributor Karl Rove weighed in on President Biden's chances of being the Democratic Party's nominee in 2024 on "Jesse Watters Primetime."

There's going to be somebody to step up and say, "With all due respect to the sitting president, I think it's time for a change in generations. Time for a new generation of leaders to step forward and run." And guess what? They're going to get a lot of votes because Joe Biden is not going to get better over the next year-and-a-half before we start voting in Iowa, New Hampshire, Nevada, South Carolina, wherever the heck this contest is going to start. 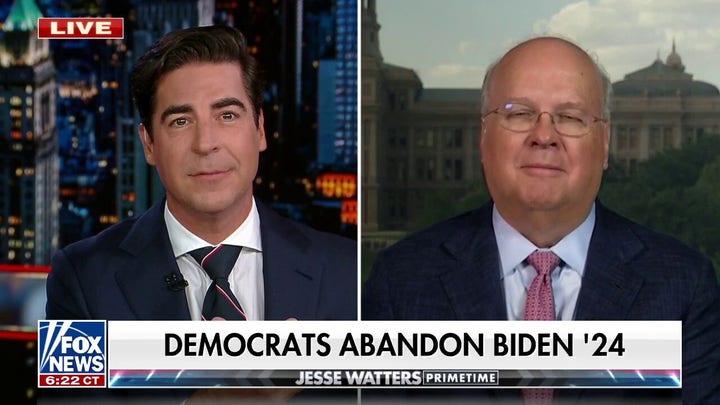