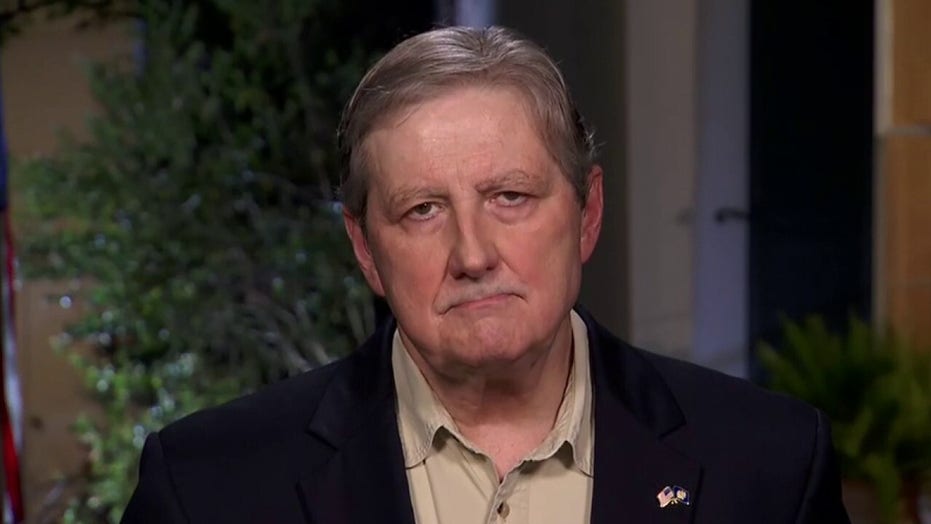 We know the coronavirus can kill you, but so can poverty, says Louisiana Sen. John Kennedy, Republican member of the Senate Committee on Small Business and Entrepreneurship.

While the United States must continue to save lives from the coronavirus pandemic, the nation must also start saving livelihoods as well, Louisiana Republican Sen. John Kennedy said Thursday night.

Appearing on "Hannity" with host Sean Hannity, Kennedy said that the economy must be reopened.

"Our numbers are headed in the right direction. We still have to be vigilant. But, while we save lives, we've always got to get started saving livelihoods, Sean," he stated.

"I'm not talking about opening it Monday. But, we've got to get this economy open. [The] government shut it down," Kennedy added.

According to The Associated Press, a record 16.8 million have sought unemployment benefits since the deadly virus swept the nation. A staggering 6.6 million people requested jobless aid just last week and more than one in 10 workers have lost their jobs in just the past three weeks to the outbreak.

The figures collectively constitute the greatest and quickest string of job losses in records dating to 1948.

"I mean, this economy has been chewed up, spit out, and stepped on. It looks like a scene from 'Mad Max,'" Kennedy remarked.

"Once again, I'm not saying to put the economy ahead of public safety. But, the fact is that both of them are important," he fervently told Hannity.

"We know that the coronavirus can kill you, but so can poverty," Kennedy concluded.