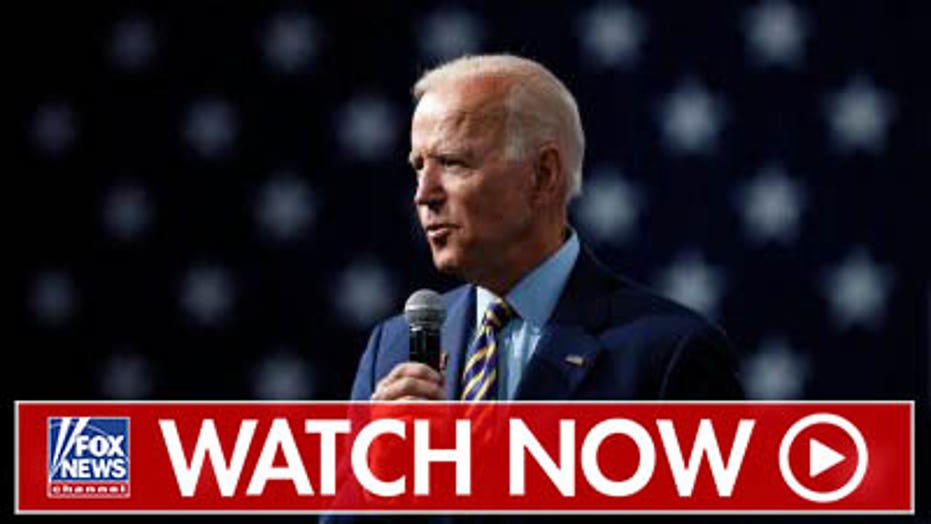 Former Vice President Joe Biden isn't receiving the customary support of the president he served under, which should be a red flag to voters, according to Fox News contributor Lisa Boothe.

"There were reports that President Obama thought that Hillary Clinton would be the more formidable candidate -- would be the stronger candidate of the two."

In that regard, other figures in Obama's circle, like former aide David Axelrod, have been critical of his 2020 run.

She said those instances should be translated as reason why Biden may not make it through the primary.

"Why put your faith in a candidate when the people closest to him seem to doubt his ability?" she asked of Democratic voters.

Over the weekend, Biden praised Republicans as “decent people” at a Massachusetts fundraiser while touting his ability to work across the aisle, according to a report.

“There’s an awful lot of really good Republicans out there,” the former vice president told the audience, according to The Hill.

“I get in trouble for saying that with Democrats, but the truth of the matter is, every time we ever got in trouble with our administration, remember who got sent up to Capitol Hill to fix it? Me. Because they know I respect the other team.”

He said congressional Republicans ran because they “care about things,” but are afraid to be at odds with President Trump.

"They're intimidated right now,” he told the audience, The Hill reported.