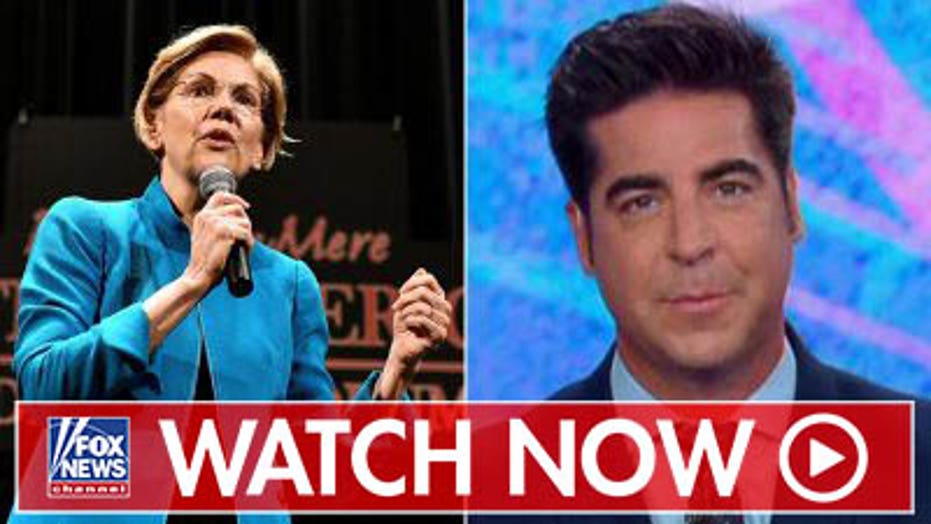 Watters criticized Warren Monday on "The Five," going as far as to suggest she would be an easy opponent for President Trump in 2020.

"She's got terrible political instincts and she's a phony," he said, adding the Massachusetts Democrat appeared to have "scrubbed" from her campaign website the video in which she reveals her DNA results.

"What she did to Native Americans was, some people say, a lot worse than what Trump's done to minorities. Think about what she did — she stole their identity."

WARREN APOLOGIZES TO NATIVE AMERICANS FOR ANCESTRY CLAIMS: 'I HAVE MADE MISTAKES'

On Monday, Warren told a Native American forum in Sioux City, Iowa, she was sorry for any harm she caused the community.

“Like anyone who has been honest with themselves, I know I have made mistakes,” she said.

Elaborating on his claim, Watters said he believed Warren adopted Native American ethnicity to help herself to the detriment of others.

"She used that fake identity to suppress minorities' access to higher education jobs and then she profited from the fake identity," he said, nodding to the fact Warren was employed at Harvard.

"When she got busted on it when President Trump mocked her, she said, 'Oh, that's an ethnic slur: Pocahontas' — that's about as an ethnic slur as 'Fredo,' it doesn't make any sense," Watters said.

Last week, CNN anchor Chris Cuomo, the brother of New York Gov. Andrew Cuomo and son of former Gov. Mario Cuomo, became incensed by a man who referred to him as "Fredo," a character from "The Godfather." The newsman claimed in an expletive-laden response he saw the remark as an ethnic slur against Italian-Americans.

On "The Five," Watters also explained why Warren would have trouble facing off with Trump.

He said the president's "Pocahontas" nickname stuck and is complemented by what he called her "irritating demeanor."

"It's another landslide victory for the president if she gets the nomination."