Jim Jordan: This is as wrong as it could possibly be

Ohio Rep. Jim Jordan weighed in on the latest news from the Durham investigation and called on Republicans to conduct a full investigation if they retake control of the House in November. On "America's Newsroom" Monday, Jordan said the report that Hillary Clinton paid to infiltrate the Trump administration's servers is "as wrong as it gets"

REP. JIM JORDAN: They were creating the very news they were then tweeting about and trying to get the media to write about. This is, frankly, it's no different. It's the template that the left uses, that the Democrats use. It's the same thing that happened four months ago when we found out the Department of Education went out and solicited the letter from the National School Board Association so they could do what they wanted to do, namely spy on parents.

The same thing happened here, and this is what's so egregious and so wrong about it. They spied on a presidential campaign. That's as wrong as it gets. But then we found out from this filing that they actually spied on a sitting president, which is even worse. So this is just simply as wrong as it can possibly be. … We do need to investigate this stuff and get to every bit of information we can if, in fact, the people give us the majority here in a few months. 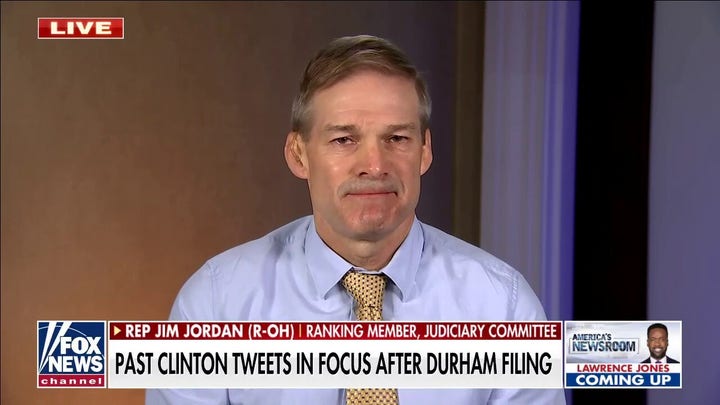