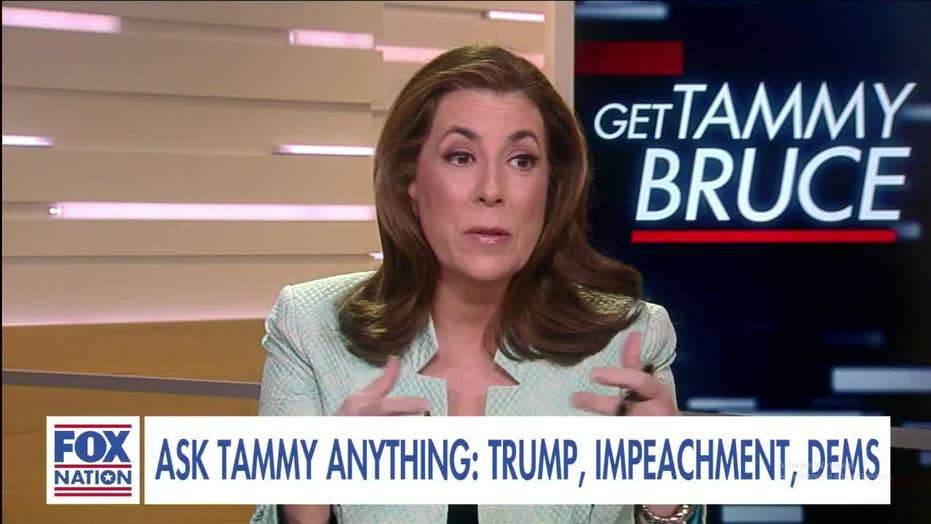 'It's up to us to know why the left is worth fighting against': Tammy Bruce slams liberal ideology, urges public to fight back

Fox Nation host and former Democrat Tammy Bruce slammed the Left's agenda and warned the public to educate themselves in order to combat the ideology while responding to a viewer's question during her show, "Get Tammy Bruce."

The viewer asked, "Tammy, reflecting on your experience on having been on the Left, do you recognize the same strategies being implemented by the Democrat leadership today and does this not discredit everything they are attempting now?"

"Absolutely, but not just from my time on the Left as an American in the 80s and 90s, but historically, this is what the Left has done," said Bruce.

"They always argue about 'were the champions for the people'...oh no they're not..."

"They always argue about 'We're the champions for the people'... oh no they're not," said Bruce.

"Everything they've advocated, historically... this notion of socialism and communism relies on this presumption that the average person, the normals have no idea what they're doing, that we're just dumb," she continued.

Bruce urged viewers not to accept the "better than you attitude" from the Left that looks down on those that don't mimic their ideology.

"We don't use hair gel. We might have dirt under our fingers at the end of the day...We might not have gone to certain colleges. We don't go to the right cocktail parties... We don't know the right people," said Bruce.

TAMMY BRUCE TO BILL WELD: LOOK IN THE MIRROR TO FIND THE WORST AMONG US

"All of those things that [they think] they're just better than us. That's the affliction of the Left.  It is an attitude that they're better than those normals out there...[they think] 'they don't know what they're doing.' That is the infection of this kind of political theory... based on this idea that only a few people really can be trusted to know what to do," she said.

"It's up to us to make sure people know the history of why the Left is such a danger ... and why it's worth fighting against."

Bruce called for the public to "learn the history of the Left" and to understand what role they have played in previous generations.

"Whatever platforms you're on," Bruce said, "it's up to us to make sure people know the history of why the Left is such a danger and why it's worth fighting against," she concluded.

For Bruce's full remarks and to see her answer more questions submitted by viewers covering a range of topics and the issues of the day, join Fox Nation and watch "Get Tammy Bruce" today.