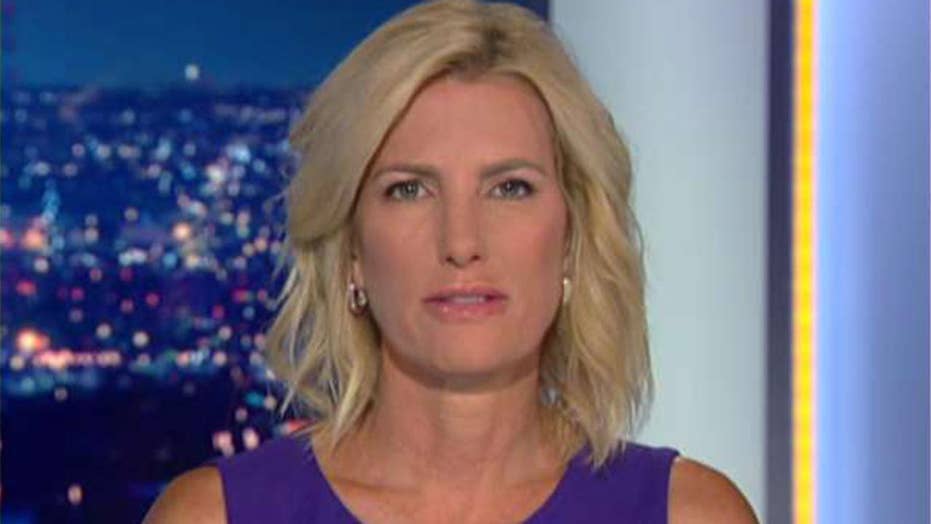 Democratic presidential candidates blame Trump for the mass shootings in Texas and Ohio.

Fox News' Laura Ingraham didn't hold back Monday criticizing Democrats for their reacting to the tragic shootings in El Paso, Texas and Dayton, Ohio and their attempt to link them to President Trump.

"Using horrific criminal acts to condemn a sitting president and by implication his supporters wounds our body politic and just when it needs to heal," Ingraham said on "The Ingraham Angle."

The Fox News host accused Democrats of using racism to deflect from issues Americans have with their policies such as the Green New Deal and illegal immigration.

"They struggle to defend their own support of open borders. And that's because most Americans don't agree with them on that issue and most Americans reject the notion that you're a racist if you aren't for, I don't know abolishing ICE," Ingraham said.

Ingraham criticized Democrats for ignoring "unity" in favor of another attack on the president.

"How sad that for Democrats the weekend shootings are not national tragedies to be addressed in unity.  But the final epilogue of a play they opened four years ago," Ingraham said.

"Why are we picking through the words of evil lunatics trying to connect the dots and figure it all out. Whether inspired by people on the right or left, they're nuts. Period. What the country needs now is healing and unity," Ingraham said.