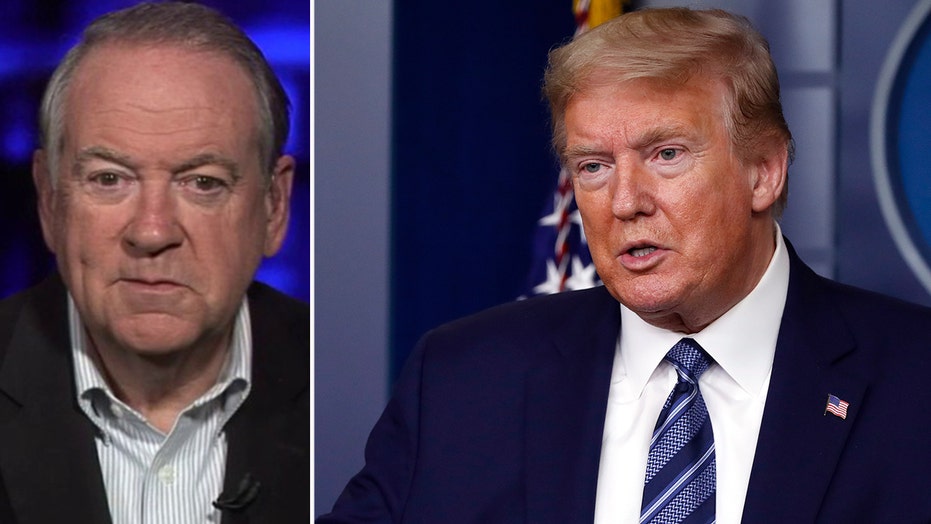 Former Arkansas Gov. Mike Huckabee said on Wednesday that President Trump is right for restricting immigration in order to secure jobs for Americans, adding that Democrats will criticize any move the president makes.

Trump on Wednesday said he would sign an executive order limiting immigration into the country, as he hailed what he said was a “very tight” security situation at the southern border.

Trump had announced the order on Monday but had given few details. On Tuesday, he said that it would last for 60 days before it was reevaluated in the context of unemployment figures and economic figures. Immigration hawks have been calling for such an order for weeks and had included prominent figures such as former Attorney General Jeff Sessions.

Huckabee said that though Trump is “doing the right thing,” he will inevitably be criticized by Democrats.

“They're going to criticize if he went and personally restocked Nancy Pelosi’s $24,000 freezer with the finest ice cream that’s ever been created. They’ll still say he didn’t pick the right flavors and he didn’t pick hot fudge sauce,” Huckabee said. “He’s got to do what he’s doing for America and for American workers.”