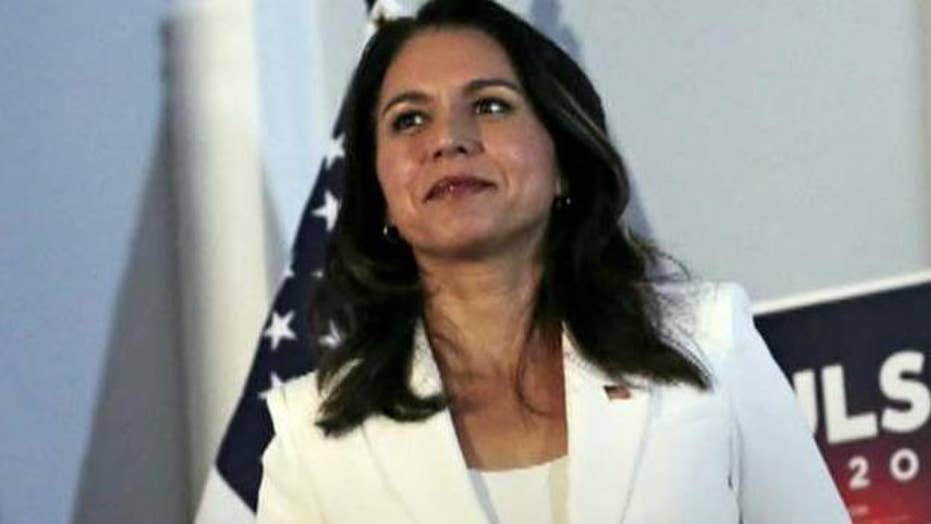 “She’s absolutely right,” Huckabee told “Fox & Friends.” "What she said was 100 percent right. This impeachment nonsense which she did not vote for. She voted 'present' and I thought that probably really stirred them up.”

TRUMP HAS ‘RESPECT’ FOR TULSI GABBARD VOTING ‘PRESENT’ ON IMPEACHMENT

“This is only going to not just embolden Donald Trump but, more importantly, I can guarantee it has emboldened his supporters, including me,” Huckabee said.

Huckabee’s comments came after Tusli told ABC News in a one-on-one interview, "I think impeachment, unfortunately, will only further embolden Donald Trump, increase his support and the likelihood that he'll have a better shot at getting elected while also seeing the likelihood that the House will lose a lot of seats to Republicans.”

Trump lauded Gabbard for voting “present” on the two articles of impeachment approved two weeks in the Democratic-controlled House.

“I give her respect. She didn’t vote the other day. I give her a lot of respect. Because she knew it was wrong. She took a pass,” Trump said during a speech last Saturday to the Turning Point USA Student Action Summit in West Palm Beach, Fla.

Gabbard, a 2020 Democratic presidential candidate, said she voted against impeachment because it did not have bipartisan support.

Huckabee said Gabbard appeared on his television show recently and credited her for being independent from the House Democrats’ impeachment push.

“She’s one of the smartest people, maybe the smartest one on the stage and the Democrats can’t stand her because she’s not a sheep,” Huckabee said.