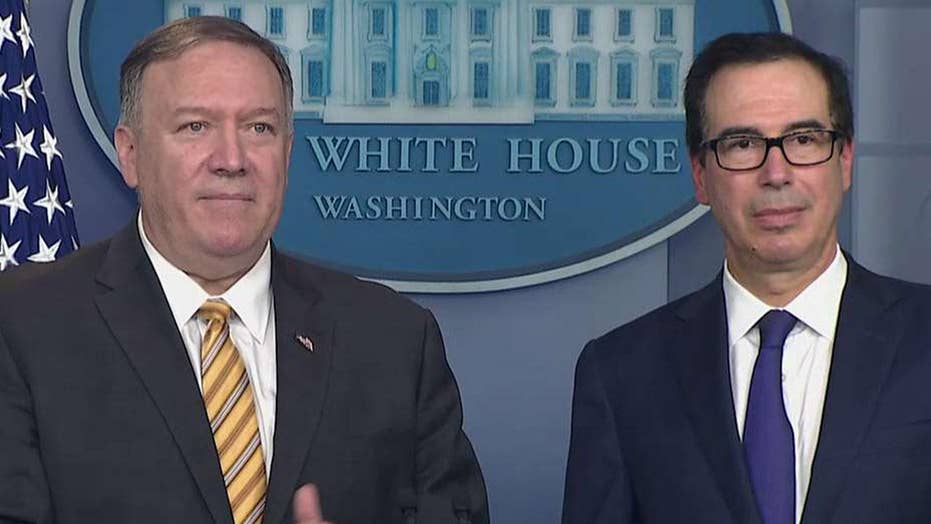 Secretary Pompeo on John Bolton's firing: President Trump is entitled to the staff that he wants

At the conclusion of a media conference regarding the departure of John Bolton from the White House, one reporter was caught making a crude comment by a live microphone.

The reporter's comments were audible after a press briefing in which Secretary of State Mike Pompeo defended the president's decision to remove Bolton.

As Pompeo was leaving the White House briefing room, the reporter could be heard saying: "God almighty. That's a s--tshow." Reporters in the room had complained about the set-up of the conference -- claiming it was difficult to hear and questions were not asked in a structured way.

During the media conference, Pompeo said that he wasn't surprised by Bolton's departure, which came after the former NSA was reportedly sidelined from major discussions about Afghanistan. 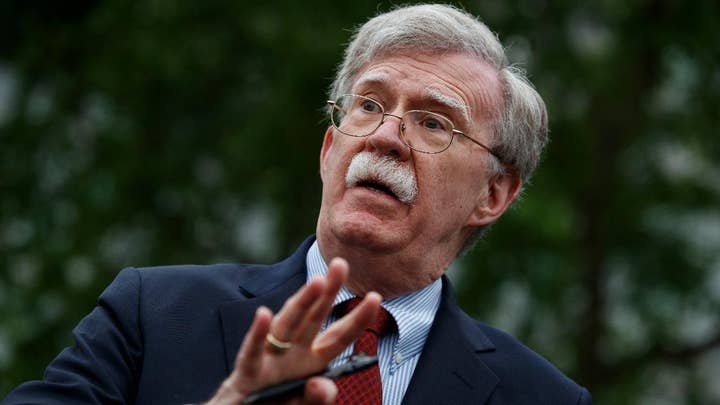 The briefing was initially intended to focus on an executive order surrounding sanctions on individuals with ties to terrorism.

Treasury Secretary Steve Mnuchin, who also attended, said that even with Bolton's departure, the administration would continue pressuring Iran.

Bolton, who served in former President George W. Bush's administration, has come under fire for pushing an aggressive, interventionist foreign policy that appeared to conflict with some of the president's campaign promises.

"I asked John for his resignation, which was given to me this morning. I thank John very much for his service. I will be naming a new National Security Advisor next week," Trump tweeted.

It's unclear what exactly happened between Trump and Bolton as the latter claimed that he offered Trump his resignation rather than Trump requesting it himself.