Stirewalt goes off on Hillary Clinton's 'idle selfish speculation' about 2020: 'It's so selfish of her. It's so self-seeking'

"What's wrong with these people? What's wrong with the Clintons? I don't understand," Fox News digital politics editor Chris Stirewalt said Wednesday in response to Hillary Clinton's apparent refusal to rule out a run for the 2020 Democratic nomination for president.

Clinton stirred speculation that she could make a late entry into the 2020 race Tuesday during an interview with BBC Radio 5 Live. 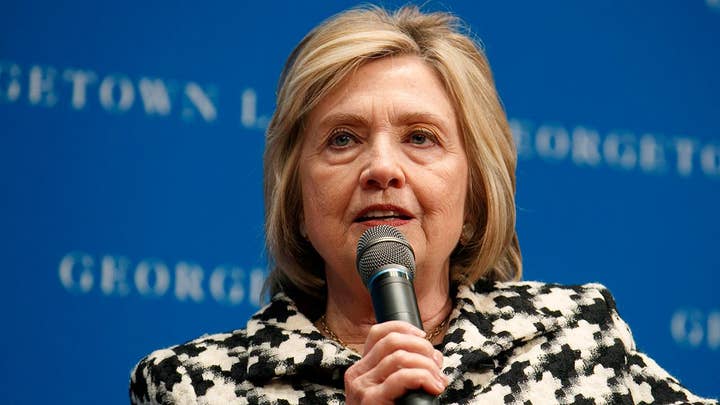 "She has had two runs at the presidency. Her husband was president for two terms," continued Stirewalt. "Her even talking about this is damaging to Democrats. Right? They've got to come to terms with their choices ... This will draw so much attention. It's so selfish of her. It's so self-seeking."

"She can't understand how this kind of idle, selfish speculation damages Democrats," he continued. "It makes it harder for them to make choices, it brands the party more deeply with her."

However, Stirewalt said he believes that Democrats will ultimately reject her potential candidacy, just as Republicans did after speculation that former Republican presidential nominee Mitt Romney would enter the 2016 race.

"Remember when Mitt Romney was going to run in 2016 for like a minute and Republicans got out flamethrowers? ... They're like, 'No, you must not run again.' Democrats are gonna get there with Hillary Clinton."

To watch all of "Halftime Report with Chris Stirewalt" go to Fox Nation and sign up today.