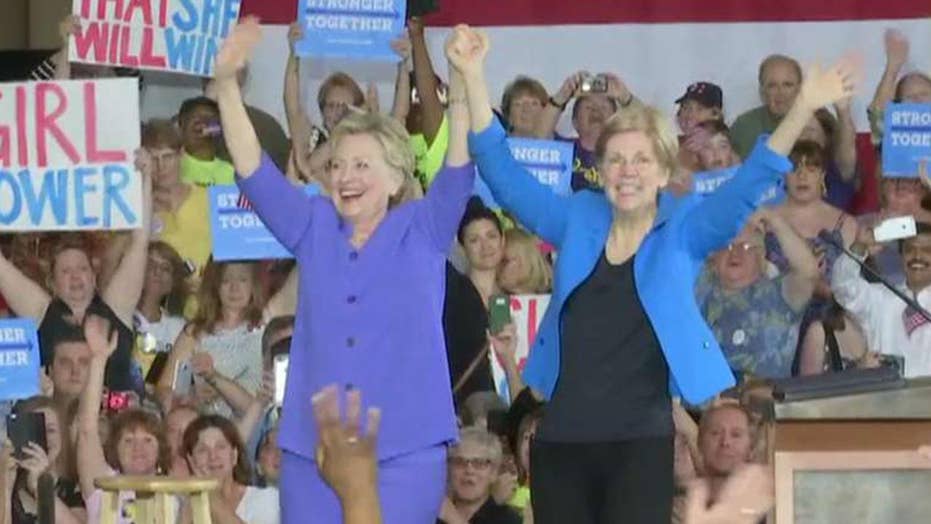 Hillary Clinton and Elizabeth Warren reportedly teaming up behind the scenes

Many on social media had some fun at the expense of former Secretary of State Hillary Clinton after pictures emerged from her visit to an art exhibit in Venice, Italy, inspired by her tenure in office.

The exhibit at the Despar Teatro Italia, titled “HILLARY: The Hillary Clinton Emails," displays a replica of the Oval Office's Resolute Desk and over 60,000 pages of Clinton's emails.

According to Kenneth Goldsmith, the artist behind the exhibit, Clinton "spent an hour" reading her own emails and shared pictures of her visit.

Clinton reportedly told local media that the exhibit "is further proof that nothing wrong or controversial can be found on these emails."

The failed 2016 presidential candidate was widely mocked on Twitter.

"Hillary should fire all of her advisors and anyone else who said this was a good idea," syndicated columnist Jonah Goldberg reacted.

Some particularly had fun with the photo she took behind the Resolute Desk and compared it to cartoons and films.

Others, however, also invoked the "30,000" emails that Clinton had erased amid her email controversy.