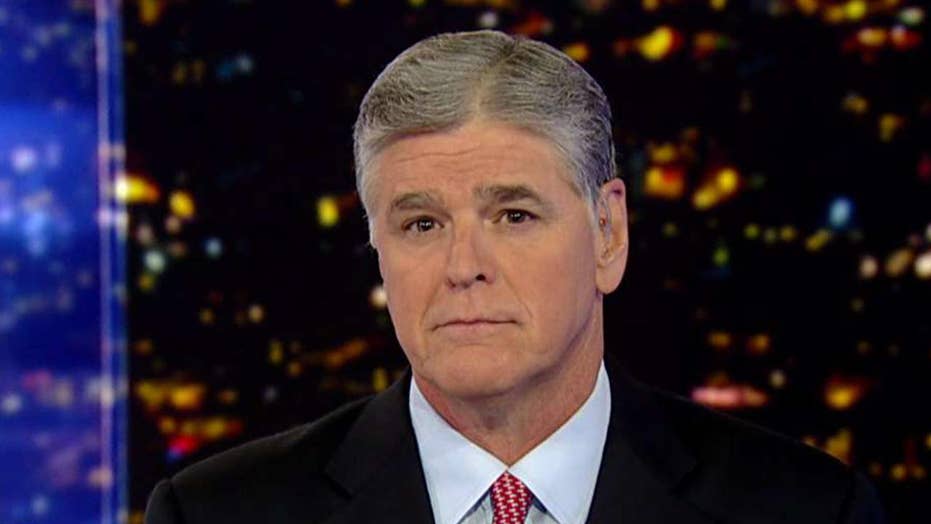 "[Horowitz's testimony] showed one thing that is perfectly clear, under the corrupt leadership of Jim Comey ... a small group of high ranking, powerful officials, yes, as Barr the Attorney General confirmed, spied on the Trump campaign," Hannity said. "As the Inspector General [Horowitz] also confirmed."

In blistering testimony before the Senate Judiciary Committee, Horowitz diagnosed a “failure” by the entire “chain of command” involved in the FBI’s initial Trump-Russia investigation and called out “basic and fundamental errors” at the bureau.

"I think the activities we found here don't vindicate anybody who touched this," Horowitz testified.

"Thanks to Comey and his Trump-hating deputies the reputation of what is the... world's premier law enforcement agency has been tarnished," Hannity said.

The host then spoke directly to Comey, saying he was "anything but vindicated. It's just your latest lie."

Hannity also called out current FBI director Christopher Wray for "not showing urgency" about cleaning up the bureau.

"By the way, director Wray, sadly, you're not showing the urgency and the commitment in terms of restoring this, the premier law enforcement agency in the world's reputation," Hannity said. "Our country deserves better. And director Wray, step up. Clean up this, the premier law enforcement agency. Do it for the brave men and women who serve this country and do it for the country."