Sean Hannity once again blasted the mainstream media in his opening monologue Wednesday over their continuing refusal to cover what he described as "serious claims" of voting irregularities.

" We have a duty to investigate every legitimate claim of fraud and abuse," the "Hannity" host told viewers. "Every American should be shocked to the core by what we heard from witness after witness these past few days."

To date, neither courts nor state and local election officials have found evidence of widespread voter fraud sufficient to overturn the results of the presidential election, but there have been several state-level hearings where Americans, referred to by Hannity as "whistleblowers," have testified to what they allege to have seen.

"We have hundreds of real whistleblowers," Hannity said. "Hundreds, by the way, with firsthand evidence, many signing sworn affidavits, all putting their names, reputations on the line.

"They are willing to bravely come forward...," said the host before claiming "the media mob, the Democrats, they want no part of them." 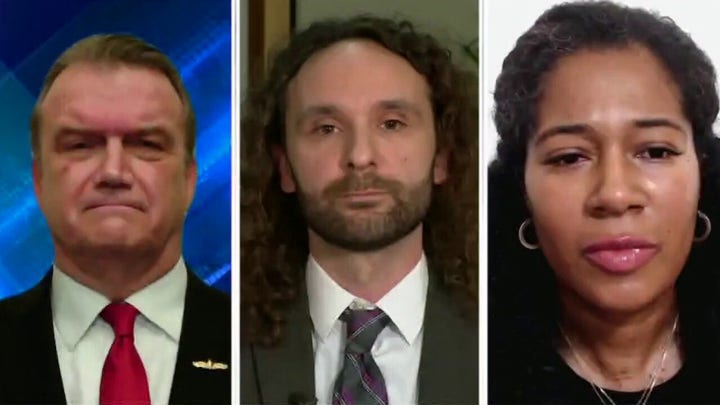 Hannity accused the mainstream press of ignoring allegations of wrongdoing because "it doesn't benefit them politically.

"Just like Hillary's dirty Russian dossier didn't benefit them," he said, "just like the premeditated fraud on the FISA court didn't impact their candidate for president, just like the real quid pro quo with Joe and zero experience Hunter ... They're totally, completely ignoring what are very serious allegations of election fraud and abuse."

Hannity pledged to continue to bring viewers "these instances of irregularities" and expose what he called an "ugly" and "corrupt" process.

"We will remain independent. We answer only to the truth," he vowed. "We follow only the evidence, only the facts, the good, the bad, the ugly."