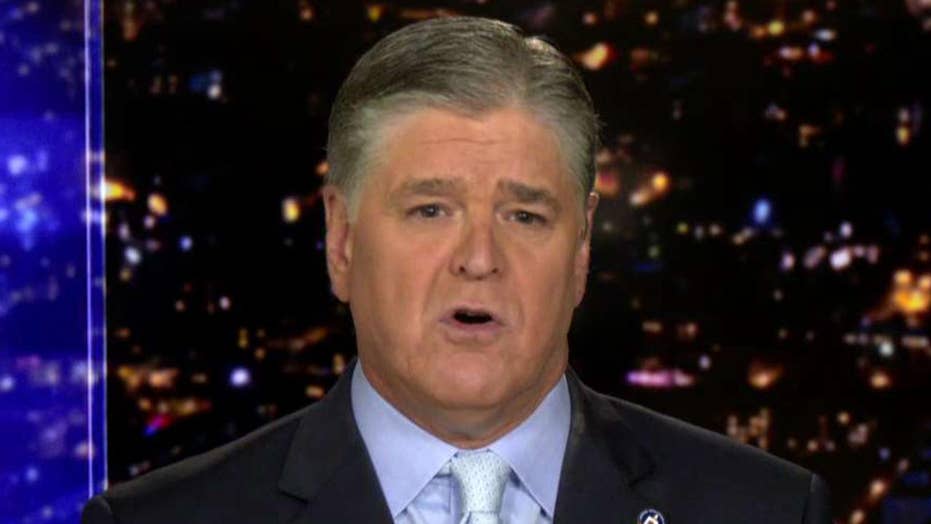 Hannity: Police getting no thanks from the communities they protect

Fox News' Sean Hannity honored the Philadelphia police officers caught up in Wednesday's shootout, saying they "deserved better" after video showed them being taunted during the incident where six police officers were shot.

"These officers saving countless lives putting themselves in harm's way. And there are people that are taunting them, pelting them with objects. Treating them this way is beyond repulsive," Hannity said Thursday on his television show. They deserve better."

Hannity also blasted many of the 2020 Democratic presidential candidates for politicizing the shooting as it was taking place.

"All these people risking their lives serving and protecting the people of Philadelphia. Kamala Harris is in the comfort of a 'fake news' CNN studio, hawking a political agenda about something she knows nothing about," Hannity said.

"Kamala Harris is in the comfort of a 'fake news' CNN studio, hawking a political agenda about something she knows nothing about."

"Several other 2020 Democratic hopefuls also. Yes, shamelessly, weighing in during the ongoing standoff. They don't even wait for it to end."

The Fox News host called the reaction by Democrats "sad."

"Even now after another shooting Democrats the media mob they're almost too giddy at a chance once again to politicize a tragedy. Very predictable very sad," Hannity said.

Hannity argued that the shooting had nothing to do with gun control and that most gun owners were responsible.

"Those of us who follow the law are responsible gun owners. We would be left totally unarmed and defenseless," Hannity said. "Once you give away your rights you're never gonna get them back."