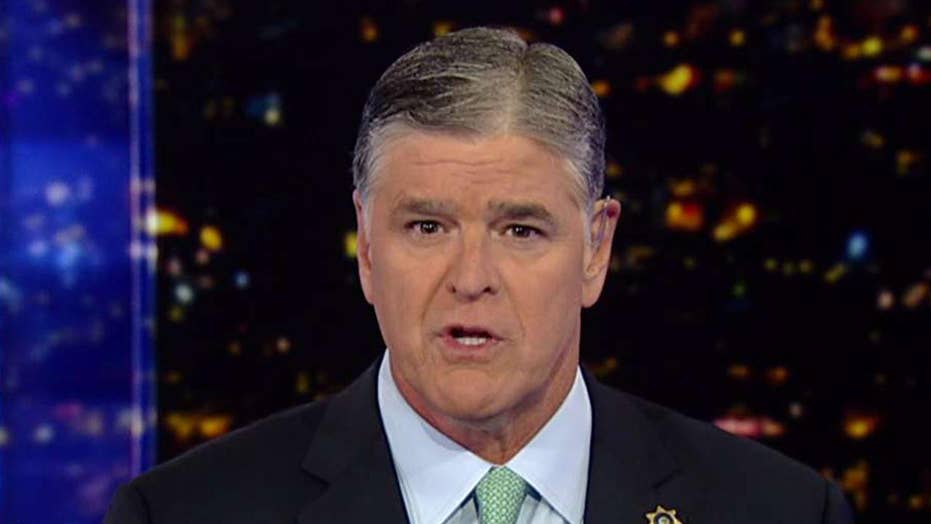 Democrats employing a second round of false collusion narratives with Ukraine.

Sean Hannity called the Trump-Ukraine controversy a "defining moment" Tuesday, saying Democrats and their allies in the media are focused on "reshaping" the country.

"We are now at a historic tipping point," Hannity argued on his television program.

The latest in the impeachment saga has the chairmen of three House committees informing the State Department in a fiery letter late Tuesday that Secretary of State Mike Pompeo might now be a "fact witness" in their ongoing inquiry, after Pompeo accused Dems of trying to "bully" foreign service officers into testifying.

Hannity asked his viewers to get "engaged" and pay attention to Democrats, who Hannity claimed are telling "lies" to the American people.

"Protect your country from those that are hell-bent on completely reshaping this great country with nothing but more lies, conspiracy theories and one hoax after another," Hannity told his audience.

The American dream "hangs in the balance," especially for children, Hannity added.

Hannity continued to blast Democrats for pushing impeachment, saying the party is carrying out a personal vendetta against Trump and his voters. 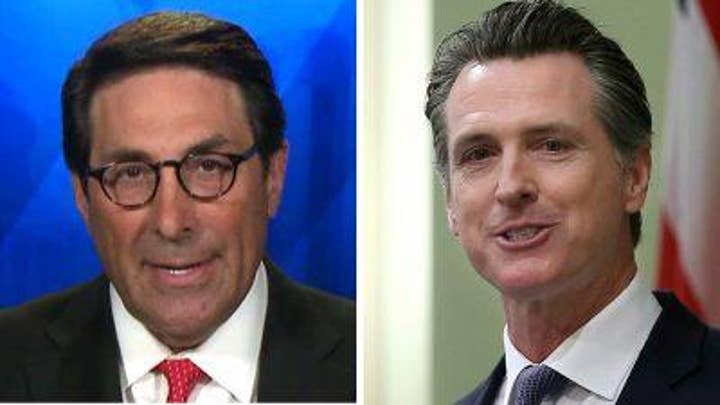 "Same people, same hoax, same end goal -- destroying a duly elected president," Hannity said. "And this has always been about that one reason for the mob as well. It's not about protecting the country. It's not about collusion. It's not about national security.

"Instead, from the moment Donald Trump came down that escalator with his wife Melania, the left has been hell-bent on taking revenge and impeaching the president you, the American people, elected."

Fox News' Greg Re and Brooke Singman contributed to this report.