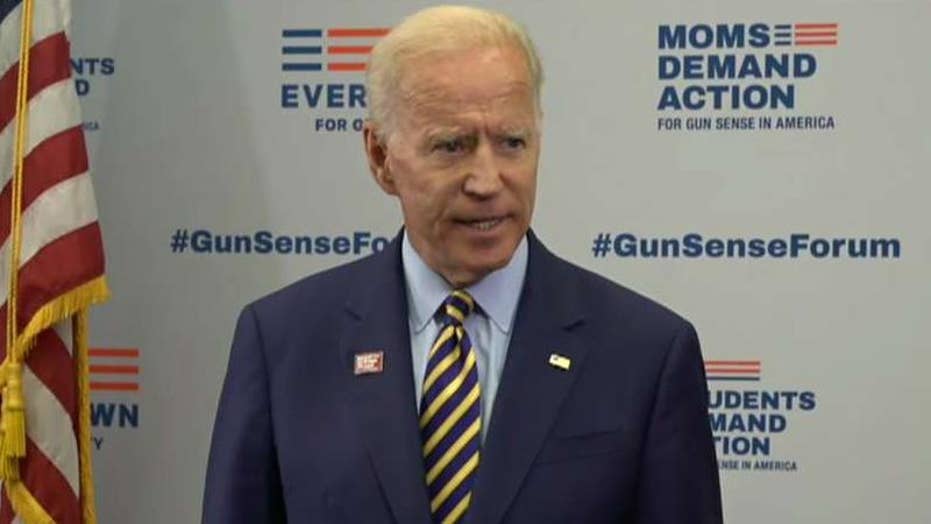 Hannity: Biden stumbles over his words at almost every event

Biden mistakenly claims that he met with Parkland students while he was vice president.

Fox News' Sean Hannity took aim Monday night at Democratic presidential frontrunner Joe Biden for a string of gaffes this past week, saying his campaign is in turmoil.

"[Biden's] biggest opponent right now continues to be himself as the so-called Democratic front runner is still making gaffe after gaffe after gaffe; blunder after blunder," Hannity said on his television show Monday night.

"His team is running scared. They don't know what to do at this point. And putting his campaign in non-stop damage control."

This past Thursday, Biden told a crowd that "poor kids were just as bright and talented as white kids."

Hannity said Biden can't run on his past work in the Obama administration, saying that it resulted in "failure."

"Biden can't run on the Obama-Biden failed record either because...[that is] a record of failure," Hannity said.

The Fox News host also blasted Biden's career as a senator and his controversial relationship to the late Senator Robert Byrd, adding that if President Trump did the same things he would be in trouble.

"[Biden] even praised the former Klansman, leader of the Democratic Party Robert 'KKK' Byrd calling him a great friend of his at his funeral. Imagine if Donald Trump did that," Hannity said.