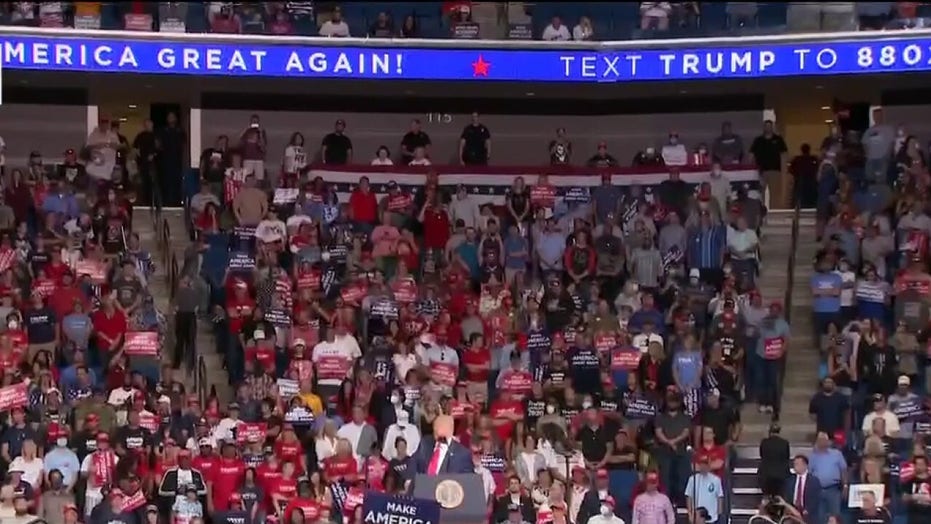 Exactly how "sensational" was the president?

"Political science professors around the country are tearing up all of their lectures for the past 20 years and rewriting everything," Hurt said during an appearance on Fox News' "The Greg Gutfeld Show."

Tyrus, meanwhile, had less positive things to say about Vice President Mike Pence, who spoke at the rally ahead of the president.

Hurt said he especially enjoyed Trump's account of his recent visit to the U.S. Military Academy at West Point, N.Y., where the president delivered a commencement address -- and sparked media speculation about his health.

"That story that he told about what happened at West Point was some of the greatest political theater I've ever witnessed in my life," Hurt said. "It was absolutely astonishing.

"You take something that is your greatest weakness. You lead with it. That was the center of the entire rally. You go there, you make it hilarious. And I mean, the guy's like, walking offstage, reenacting the entire thing. He's a comedic genius. He knows how to tell a story."

"He's a comedic genius. He knows how to tell a story."

Following his prepared remarks to the West Point graduates, Trump was seen cautiously walking down a ramp from the stage and using both his hands to drink a glass of water.

Trump mocked the media, explaining the moments in question to the delight of the crowd.

"I say this -- and I'm sort of kidding, but I'm also kind of serious about it -- when this guy is finished in politics, I'm quitting," Hurt joked. "I'm going to become a sheep farmer. I don't want to cover politics if this guy is gone. It's going to be so boring."

"I don't want to cover politics if this guy is gone. It's going to be so boring."

"President Trump had to work too hard because ... What's going on, Pence?" Tyrus asked. "There was no fun stories, Pence. There was no razzmatazz. Pence could have ruined the whole thing tonight. He was reading bedtime stories."