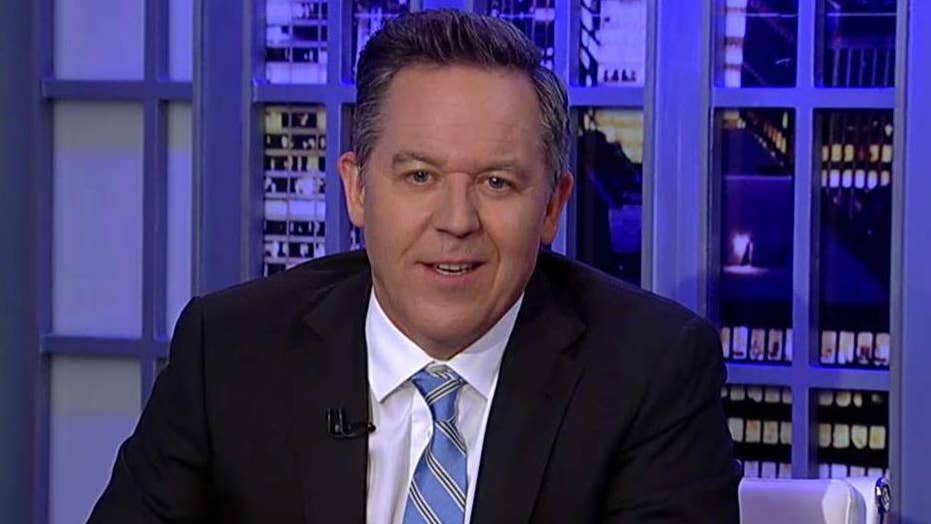 Gutfeld: Is this impeachment really 'historic'?

History is irrelevant if the process is abused and one-sided.

Greg Gutfeld expressed his unfiltered feelings while reacting to the Democrats' signing ceremony of the impeachment articles last week, blasting House Speaker Nancy Pelosi, D-Calif., for the pomp and pageantry, as well as the media for their coverage.

"In order to sell this sham to America, they put a wedding dress on a sack of dog turds and rolled it down the aisle," Gutfeld said on the latest episode of "The Greg Gutfeld Show," which aired Saturday night.

Gutfeld mocked CNN and MSNBC's coverage of Democrats walking and delivering the articles to the Senate, accusing them of bias.

"They can't even hide it. That's the real point. The breathlessness reveals their bias," Gutfeld said.

The host contested that the ceremonial walk wasn't the only thing "historic" about the impeachment: So was the way the Democrats were wielding it.

"Is this really historic? They say it's only the third time someone's been impeached, but that's irrelevant if the process is abused," Gutfeld said. "Anyone could do an impeachment if you have control of the House, and since the Dems now broke the seal, you're going to see a lot more of it. That's the historical nature of this."

He continued, "It's now no longer anything special. Now impeachment is going to be as regular as me on Metamucil."

The host juxtaposed the impeachment signing with President Trump's rally performance in Milwaukee, Wis., on Tuesday. Gutfeld had fun with the president's comments about water pressure in the shower and dishwashers performing poorly due to regulations.

"Let's face it, we don't deserve him because here he is trying to solve big and little problems around the world, from trade with China to Iran to your crappy appliances," Gutfeld said, reacting to Trump.

Tyrus jumped in and agreed with Gutfeld, making a point that Trump connected better with people because he was trying to make their lives better.

"Although we're laughing now at the talk about dishwashers and stuff like that, there was people watching, going, 'my dishwasher does the same thing,'" Tyrus said.