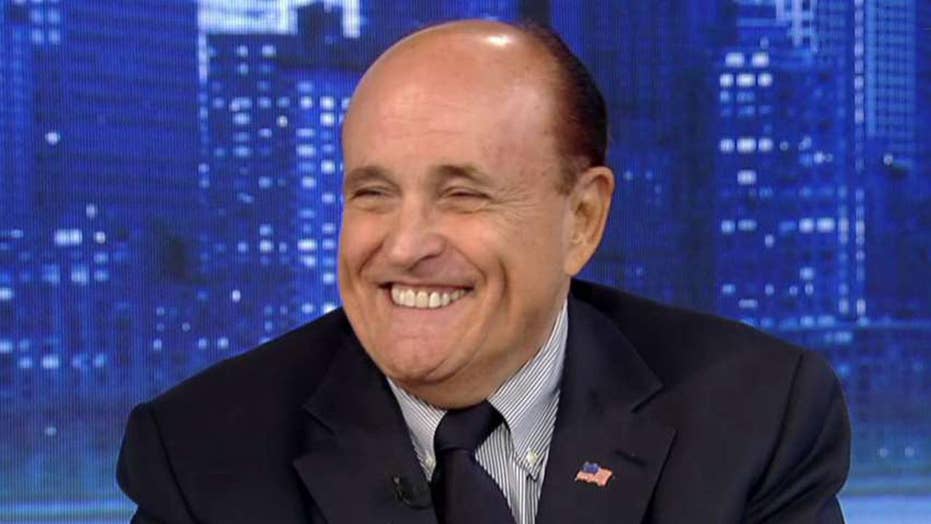 Giuliani: Bob Mueller was not in charge of this investigation

"Everyone knows what happened to them the other day," Giuliani said. "Mueller got knocked out largely because he has no case."

The former mayor said Mueller does have "integrity," but claimed that former Clinton associate Andrew Weissmann took the case over.

"The inmates took over the asylum, like Weissmann, and did all kinds of horrible things," Giuliani said. "Trampling on people's rights, which is uncharacteristic of Bob Mueller by the way, which always made me wonder is he in charge of this thing."

The former New York City mayor also unloaded on congressional Democrats, saying they had "no sense of decency."

"The reality is that the Democrats are now making total clowns out of themselves," Giuliani said. "It's not about patriotism. It's about, 'Do you have any sense of decency?'"

Democrats on the House Judiciary Committee said Friday they are proceeding with what they called an “impeachment investigation,” insisting that Mueller delivered damning testimony against Trump even though many panned his performance.

"If Andrew Weissmann couldn't get three people to lie," Giuliani said. "... These two guys who are trying to, Nadler and Schiff... They're not going to do it."