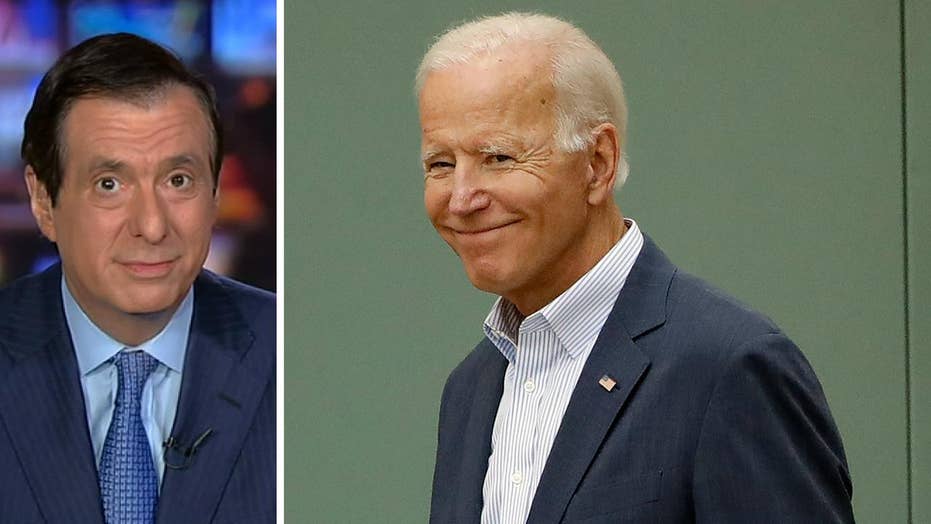 'MediaBuzz' host Howard Kurtz weighs in on his recent interview with Rudy Giuliani and the little known allegations he leveled against Joe Biden's brother, James Biden.

Well, that was a pretty wild interview.

I woke up yesterday and watched nearly two minutes of my “Media Buzz” dustup with Rudy Giuliani being replayed on “Morning Joe.”

I want to explain what happened with Sunday’s heated clash, but also to address the president’s lawyer bringing up little-noticed allegations against Joe Biden’s brother James. Obviously, his agenda was to shift the spotlight from Trump, Ukraine and impeachment to allegations against the Biden family. Mine was simply to ask questions on both subjects. 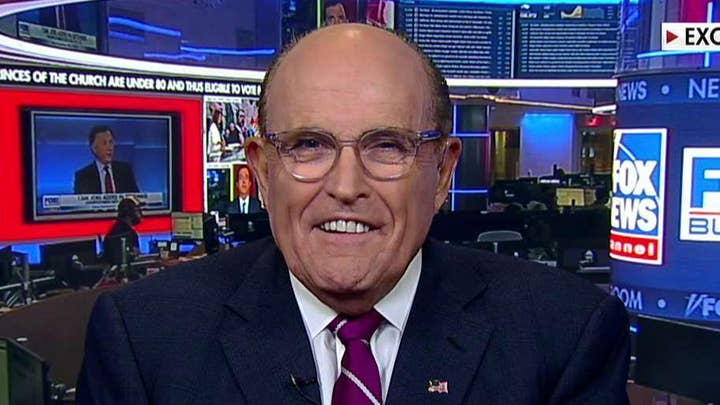 First, Giuliani, whom I’ve known for more than three decades, asked to come on the show. I gave him half the show, even after we had some technical difficulties when his earpiece fell out and we had trouble reestablishing the connection.

But, Giuliani, who has taken to yelling at hosts lately, would not stop talking. That forced me to interrupt him just to get some basic questions in. He, in turn, kept accusing me of not letting him finish, a classic debating tactic.

It’s unfortunate that we kept talking over each other as a result, which I always try to avoid because it understandably frustrates the audience. But, this was an interview, not a speech, so I had to keep breaking in.

The former mayor acknowledged to me afterward that he had gotten too wound up. 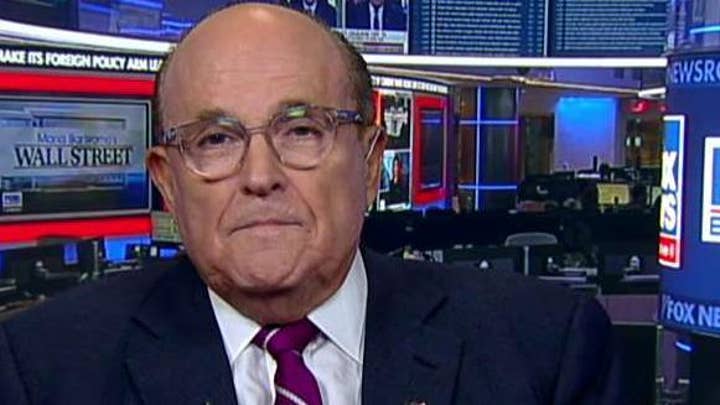 Second, at one point he moved from blaming the media for not paying enough attention to the Bidens, to blaming me. That’s fine, it’s part of the debate. I don’t take it personally.

Finally, sometimes I had to stop the Rudy filibuster to clarify inside-baseball shorthand for the audience or to include a comment from the people he was attacking. He tried to cast that as my defending the Bidens, but it’s basic journalistic fairness — nothing more, nothing less.

Giuliani was taking some heat yesterday (including from Joe and Mika) for saying he had three affidavits to prove his Ukrainian allegations — while holding up pages from a pro-Trump blog, called hopelesslypartisan.com. I’m willing to accept that he wasn’t trying to say he had the affidavits in his hand right then, but it’s a risky practice in the age of screenshots.

So, beyond Giuliani’s insistence that Trump has “every right” to pressure countries into investigations, even (as I interjected) if they involve a political rival, here are some of his broadsides against the Biden family.

That charge, drawn from a Politico story, actually said James Biden had received a $500,000 second mortgage, at above-market rates, on a Florida vacation home from a Ukranian-American who was a family friend in Delaware. The money was repaid to the man, John Hynansky, a longtime Biden donor (but who in recent years has contributed to Trump and the RNC).

The Politico story also said, “There is no indication that the loan influenced Joe Biden’s official actions.” 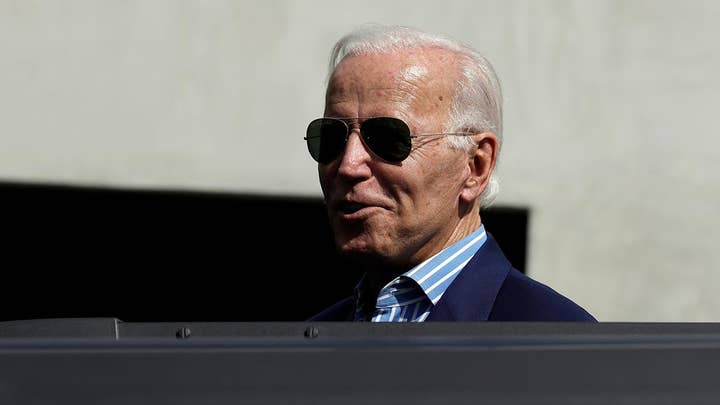 In 2012, the Daily Caller reported that Hynansky got a loan for up to $20 million from the taxpayer-financed Overseas Private Investment Corp. to open a car dealership in Ukraine. In that story, cited by Giuliani, there is no indication that the vice president intervened on his behalf.

At another point in our interview, Giuliani quoted James Biden as saying: “We got people all around the world who want to invest in Joe Biden…We've got investors lined up with 747s filled with cash ready to invest in this company.”

Pretty damning words. But, I needed to tell viewers that, based on another Politico story, an unnamed executive was quoted as saying this as part of a lawsuit that James Biden is contesting, and Joe’s brother claimed he never made those comments.

This, by the way, is alleged to have happened when James was forming an investment fund in 2006, back when Joe was a senator.

Also, the president’s lawyer told our viewers about Biden, as vice president, flying with his son Hunter to China: “Eight days later his son received one billion dollars from the Chinese government into a private equity fund where he was a partner... his son was a partner with the Chinese government making millions since it was a private company.”

I simply noted that Hunter Biden’s spokesman said he never made any money from that fund, with Chinese partners, in which he had invested.

Giuliani said the media were protecting their “honey boy Biden” by barely covering such allegations; at another point, he said there were “about 100 newspaper articles going back to the ’80s saying that his brother was selling his public office.”

Well, that’s not exactly ignoring it.

But, there’s a broader charge that Guiliani made that the press seriously should ponder.

Addressing Biden rhetorically about the articles over the years, he said: “Did you ever read any one, they haven't read any single one of them. If they were asked about my brother when I was mayor selling my office, I’d call my brother into my office and I'd say, ‘Brother, cut it out’... as opposed to, ‘I don't know about it. I didn't hear it,’ and you all buy that. Bull.”

The Beltway press has gotten inured to this sort of thing over the years (unless it involves the Trump kids). But, of course, Hunter Biden was trading on the family name when he got $50,000 a month from a Ukrainian oil giant, despite his lack of experience in either energy or Ukraine. The same thing would apply to his brother. It smells bad. It reeks of profiteering. That’s not the same thing as criminal wrongdoing — a crucial distinction — but a presidential candidate should have to answer such questions after years of such articles.

Unfortunately, Biden hasn’t given an interview since the Ukraine story broke. I know he wants to avoid a mud fight with Trump, but I think he should be on TV every day, defending himself and framing this as a two-man contest. But even his campaign aides aren’t coming on the air.

Instead, Biden attacks Trump in speeches, and in a Washington Post op-ed, but avoids having to talk about Hunter’s buckraking. Some Biden allies are calling it “a case study in indecision,” the New York Times reports.

A potential president has to be able to take on the toughest questions the media can throw at him. That point, unfortunately, got lost in the crosstalk of our interview.