Campaign asks networks to bar him.

President Trump’s personal attorney Rudy Giuliani lambasted the media on Sunday for what he says is its failure to investigate allegations of corruption leveled against former Vice President Joe Biden and his family.

Calling Biden the media’s “honey boy,” a fiery Giuliani accused news outlets of not only failing to investigate the former vice president’s dealings in places like Ukraine, China and Romania, but of purposely ignoring the allegations.

“The Washington press corps has been covering this up for the last three years,” Giuliani told Fox News' Howard Kurtz of "Media Buzz.” “I’m trying to investigate a massive corruption scandal in the Obama administration.”

US AID TO UKRAINE WAS CONTINGENT ON 2016 ELECTION PROBE, GOP SENATOR SAYS US DIPLOMAT TOLD HIM

Giuliani’s appearance on “Media Buzz” comes as President Trump and his allies try to deflect negative coverage surrounding the House’s impeachment inquiry into the president amid concerns that Trump purportedly used military aid as leverage over Ukrainian President Volodymyr Zelensky to get the foreign leader’s government to investigate Biden and his son, Hunter. Trump has denied that there was any “quid pro quo” in his conversation with Zelensky. 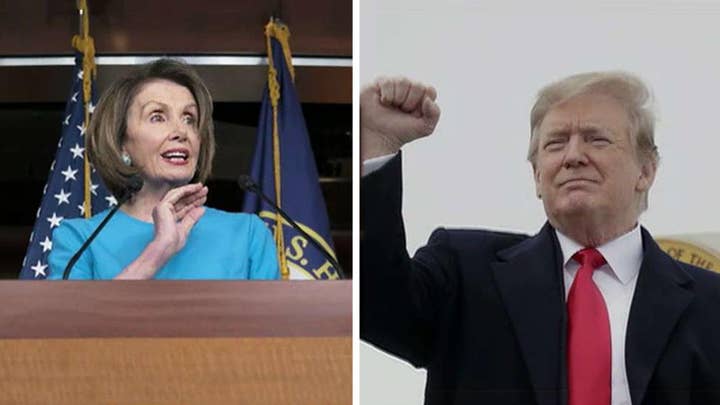 Giuliani has accused Hunter Biden of improper activity related to his business dealings with energy company Burisma Holdings, and claims that then-Vice President Joe Biden used his office to pressure the Ukrainian government into firing top prosecutor Viktor Shokin, who was investigating Burisma.

The former vice president has publicly acknowledged that he pressured the Ukraine to fire Shokin, but denied that it had any relation to his son’s business dealings in the country and, Biden argued, was in line with pressure from other foreign leaders to fire the prosecutor.

“We weren’t pressing Ukraine to get rid of a tough prosecutor. We were pursuing Ukraine to replace a weak prosecutor who wouldn’t do the job,” Biden said on Wednesday of an Obama administration policy supported by other Western governments that viewed Shokin as incompetent or perhaps corrupt. 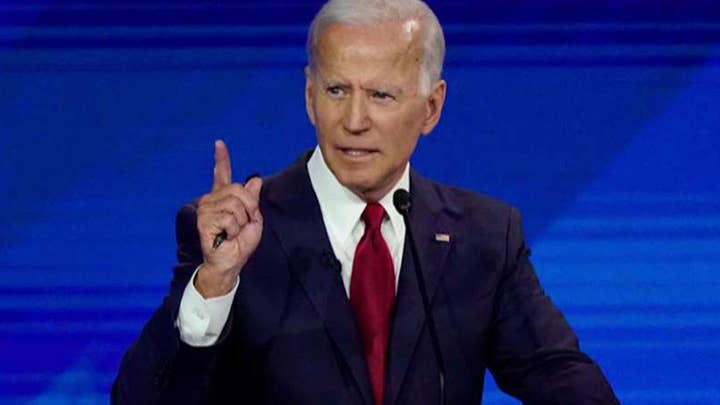 The U.S. also had support internationally for its opposition to Shokin. Ukrainian officials, including Shokin’s successor, have since said the Bidens were never implicated in any wrongdoing.

Directly addressing the accusations being leveled against him, Biden’s campaign last week wrote to NBC News, CBS News, Fox News and CNN to voice "grave concern that you continue to book Rudy Giuliani on your air to spread false, debunked conspiracy theories on behalf of Donald Trump.”

Speaking to the Biden campaign’s request on Sunday, Giuliani continued his criticism of the news media and argued that even when he does appear on television, he is unable to answer a question without interruption. During his interview on “Media Buzz,” Kurtz continually had to attempt to get Giuliani to answer his questions and stay on the topic being discussed. 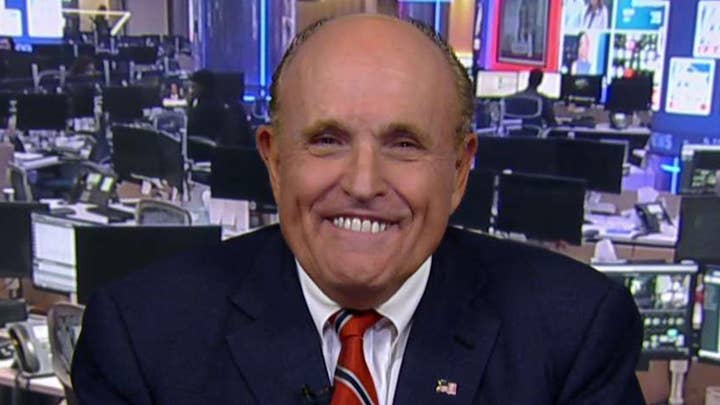 “You don’t let me get a sentence out,” Giuliani told Kurtz. “[The media] contradict me the minute I start speaking.”