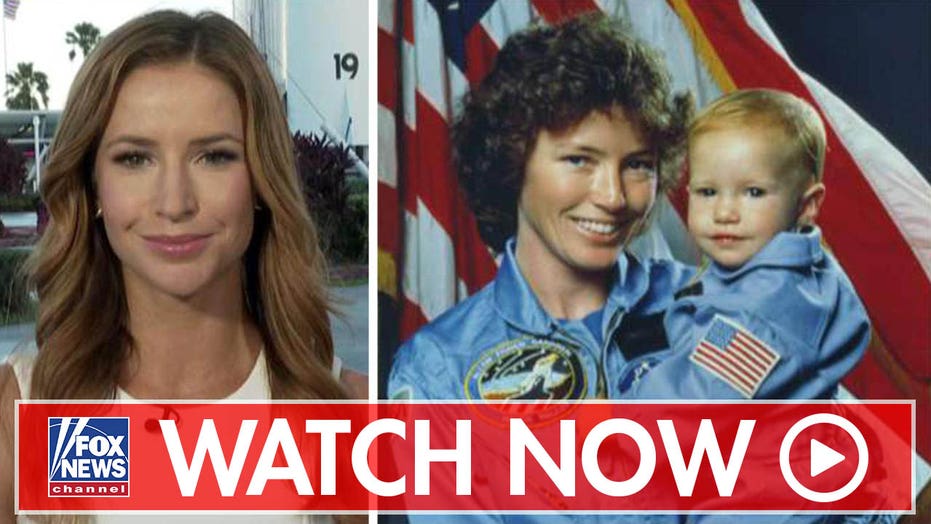 Kristin Fisher on her family's historic place in NASA

Fox News correspondent Kristin Fisher looks back at 50 years since the moon landing and ahead to more women in space.

Fisher's mother, Dr. Anna Lee Fisher, was the first mom to go to space, the journalist said Friday on "The Story."

"She was the fourth American woman to go into space," she said.

Fisher recalled how her mother and famed astronaut Sally Ride once went into a department store to purchase, "baggy khakis and baggy polo shirts."

FRANK LUNTZ ON THE APOLLO 11 MISSION AND AMERICA'S 'NEGATIVITY'

"They wanted to be one of the guys," she added.

Fisher's father, Dr. William Fisher, was also active within NASA in the 1980s.

In regard to criticism of NASA as having a history of gender bias, Fisher dismissed the claims as more of a cultural issue.

"It is important to remember that this wasn't a NASA problem, this was a cultural problem," she said, noting in the 1960s, things were different in the United States. "Back then, women couldn't become fighter pilots, they couldn't become test pilots."

NASA tended to choose astronaut candidates from those related fields, she added.

"I think it's a little unfair to sort of frame it as that now."

"If we want to land the first woman on the moon, let's make sure she has the tools designed with her in mind," she wrote.