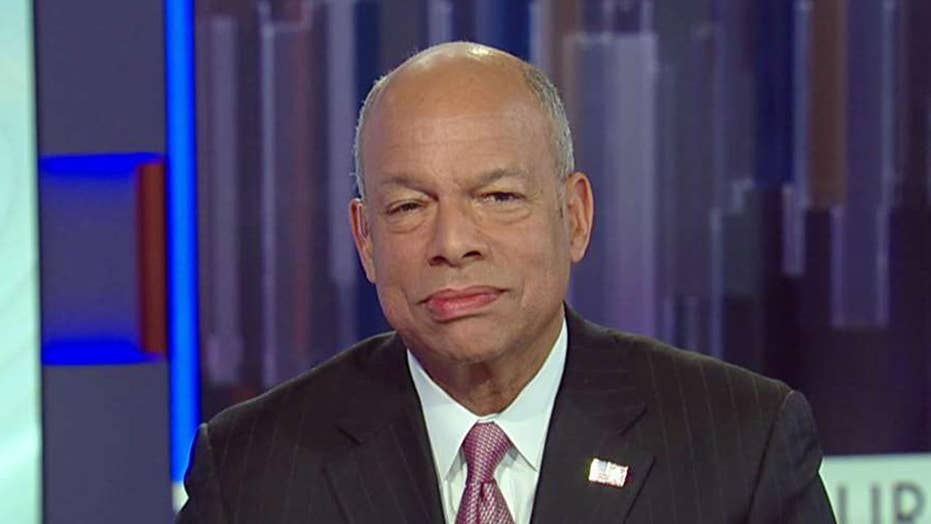 "What I have said is that under existing [Justice Department] Office of Legal Counsel [OLC] opinions on the president's constitutional authority to engage the armed forces without a congressional authorization, if you read those opinions, he had ample constitutional authority to take out General Soleimani, if you regard that as an isolated strike," Johnson said on "Your World" Thursday. "What these OLC opinions say is that the president can take lethal force so long as it's short of war if it's in the important national interest. And this and this operation was."

Some of the president's critics have accused him of starting a war while Trump has assured Americans that the strike was justified and not intended to instigate a wider conflict.

Johnson, who led DHS for most of Barack Obama's second term, told Cavuto that the Executive branch must brief Congress even if it does not need lawmakers to authorize a declaraton of war.

"It's Congress's prerogative to authorize war. Congress is therefore entitled to know what the justification for military force is, even if they don't vote a congressional authorization," Johnson said. "Even if the president had authority under his commander-in-chief constitutional authority to take action, it's incumbent upon the executive branch to brief the congressional branch on what's happening."

The former DHS secretary also warned of a cyber response from Iran as part of their retaliation for Soleimani's death.

"We have to consider cyber warfare, cybersecurity to be part and parcel of armed conflict these days," Johnson said. "And what DHS is telling us and telling critical infrastructure [is] be prepared. Be extra vigilant. Test your systems because we could be in for a bumpy ride."