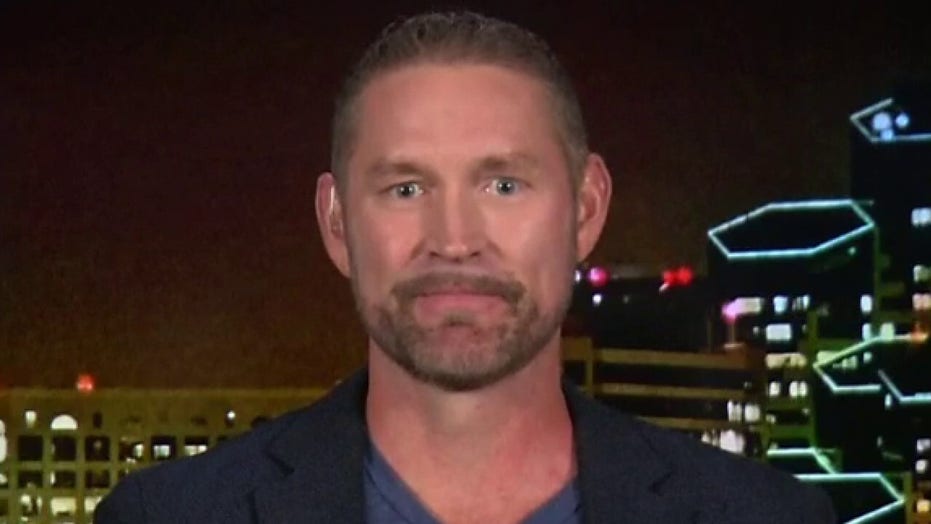 2010 World Series champion Aubrey Huff sits down with 'Watters' World' after being excluded from the upcoming San Francisco Giants anniversary celebration because of his social media posts.

Former MLB player Aubrey Huff shared his take Saturday night on why his former team, the San Francisco Giants, snubbed him from a reunion of their 2010 World Series team, being planned for this coming baseball season.

"If you look at my Twitter account, I'd say about 75 percent of my support [is for] President Trump," Huff told host Jesse Watters. "So, yeah, absolutely. I have every reason to believe in my heart of hearts it was all about President Trump."

Huff said there were no complaints about his Twitter posts until the reunion was being planned.

"A lot was said that it was my Twitter account. But listen, nobody was complaining how I was a guy in the locker that kept it loose," Huff said. "That kind of sense of humor I have on Twitter was the exact sense of humor that the media love, the fans love, the front office loved. And I just brought it to Twitter and now it's unacceptable."

Huff said he spoke to Giants CEO Larry Baer about why he wasn't invited to the ceremony.

"He was very vague and said it was basically the entire Twitter in general," Huff said. "And, you know, it's really upsetting. He said it was a unanimous board decision. I find it ironic because that entire board got one of these, Jesse." (Huff flashed one of his World Series rings.)

"So, you know, they didn't care then, but they certainly care now, which is hypocritical I think," Huff said.

Baer is the Giants executive who was suspended without pay by MLB after being recorded on video engaged in a physical altercation with his wife last March.

The video appeared to show Baer trying to grab a cellphone from his wife's hand. She then falls over from her chair to the ground as they continue to tussle over the device. The 61-year-old executive said the two were arguing over a family matter. He later apologized and his wife issued a statement through her attorney saying she lost her balance because of an injury she suffered three days earlier.

Baer faced no legal charges in connection with the incident.

Huff, 43, played for the Giants in 2010 when the team won the World Series, defeating the Texas Rangers in five games for the Giants' first Series title since relocating to California from New York after the 1957 season. He batted .294 with a home run and four RBI in the Series.

Later, he was also a part of the team's 2012 championship, when it defeated the Detroit Tigers in four games.