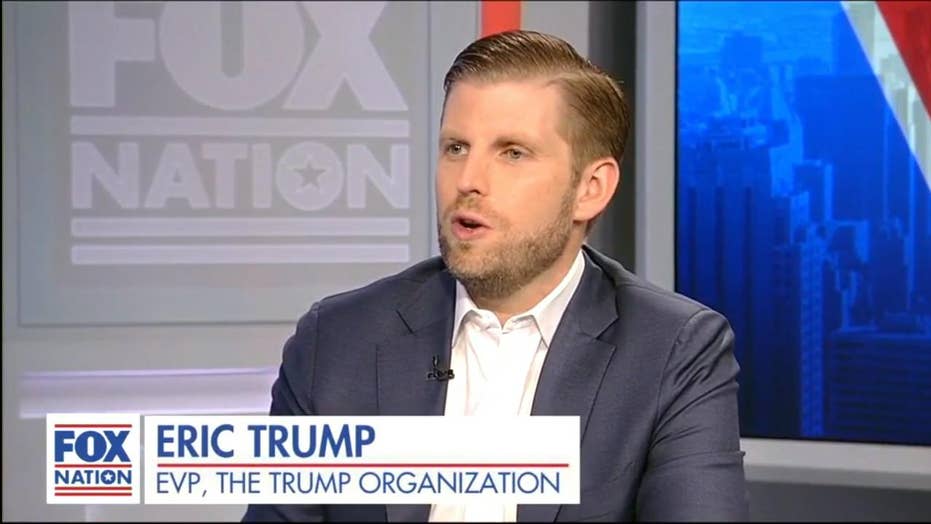 Eric Trump on Hunter Biden: 'I'd be in jail right now for what he did'

Eric Trump, executive vice president of the Trump Organization and one of President Trump's sons, said he'd likely be incarcerated if he behaved as Hunter Biden did while his father, former Vice President Joe Biden, was in office.

On Tuesday, Hunter Biden broke his silence in his first televised interview since his overseas business dealings came under scrutiny, maintaining he did nothing improper while he served on the board of a Ukrainian gas company. The 49-year-old did tell ABC's "Good Morning America" that accepting the lucrative position was, in retrospect, "poor judgment."

Ahead of the Democratic debate in Ohio on Tuesday night, Trump observed that the ethical concerns facing former Vice President Biden are the direct result of the Democrat's efforts to investigate his father and President Trump's controversial call with the pesident of Ukraine.

"The irony of the whole thing is that this sham impeachment process -- I actually call it a coup, it's not impeachment, it is absolutely a coup -- they took out their frontrunner,"  Trump said, referencing Joe Biden. "They took out probably their best player ... with this impeachment sham."

To watch all of Eric Trump's interview on "Reality Check with David Webb" go to Fox Nation and join today.

David Montanaro contributed to this report