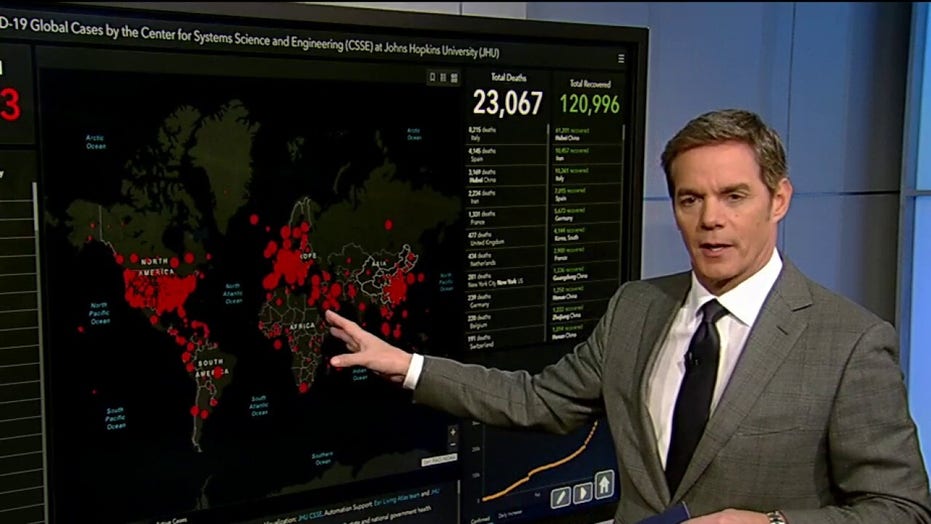 Vanderbilt University medical professor Dr. William Schaffner told "Bill Hemmer Reports" Thursday that he thinks half of America's population could be infected with the coronavirus by the end of this year's viral season.

"Well, we have this virus all over the United States and it's progressing around the world, Bill. There's no doubt about it," Schaffner said. "I think by the time we're over this viral season, and I think we'll have a viral season, I think perhaps half the country's population could have been infected."

The doctor explained that many of those infected will have no symptoms and that the mortality rate, while an important measure of the virus' impact, is skewed toward the sickest people.

"We should remember that about 70 percent of those people will either have no symptoms at all or have very mild symptoms. The mortality part is important, as you say. I think the mortality rates that we're counting still are kind of high because we're still aiming the testing at the sickest people," Schaffner said. "When all is said and done, I think those mortality rates are going to drop even further."

Schaffner warned that the focus should continue to be on hospitals, since "we still have lots of sick people to care for."

The Vanderbilt professor then forecasted a rough month ahead for Americans as the virus continues to make its way through the population.

"I think the next three, four weeks are going to be the biggest hit for the United States," Schaffner said. "And we will see as this time rolls out whether all of our staying at home or social distancing has an impact on dampening that curve down, flattening it down, stretching it out so we're better able to care for the people that have come for care that need care."