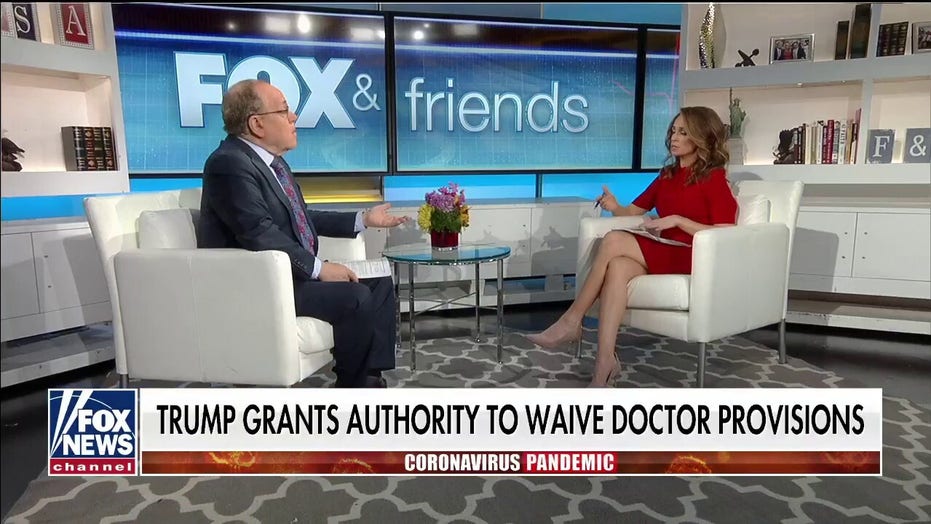 Dr Marc Siegel on the launch of drive-thru coronavirus clinics

In an interview on "Fox & Friends Weekend" with host Jedidiah Bila, Siegel thought the testing was a "terrific idea."

"I think it's working in South Korea where they are testing over 20,000 people per day," he stated. "I think it's essential when you consider that people don't want to put themselves at risk medically."

Siegel said that in his pursuit of testing at some of the private labs that have the ability and access to do so, the lab technicians would not do it unless they are fully suited and protected.

"So, the drive-thru allows people to set up that way," said Siegel. "Either a full hazmat suit or simply a shield, an N-95 respirator mask, a gown, headwear, gloves, something where you are protected against the coronavirus -- that's what you need." 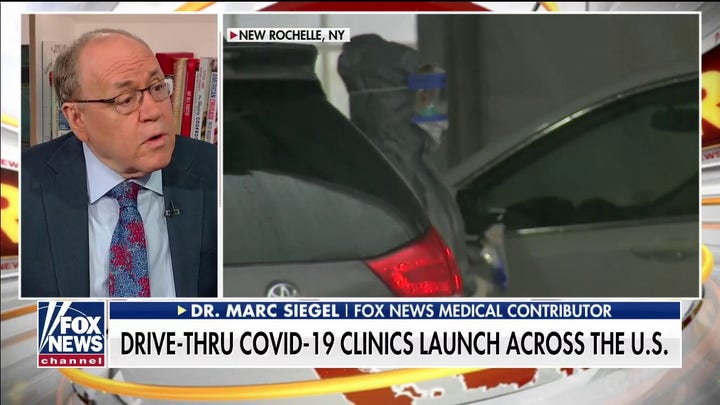 President Donald Trump on Friday declared a national emergency over the coronavirus. His declaration paves the way for up to $50 billion to be funneled into efforts by federal and state governments to combat the COVID-19 pandemic.

In addition, the president promised that the federal government would greatly expand testing and that 1.4 million test kits would be available next week.

Private companies like Walmart, Walgreens, Target, and CVS have pledged to aid the testing efforts.

Thus far, the virus has infected over 132,000 people worldwide and killed approximately 5,000. in the United States, there are over 2,000 cases affecting nearly every state with over 40 deaths reported.

For some, drive-thru testing could be the difference between correct and incorrect medical care.

"You need to understand, it's two specimens they need to take," Siegel explained. "One is from the throat. So, people out there know it's like a throat culture, right? Except, it's a little deeper...The other one is a nasal swab [which] also has to go deep to get enough of a specimen to know."

"That's a little uncomfortable for a minute or two," he pointed out. "But, if someone doesn't know how to do that right, they're going to end up with a false negative. They're going to think they don't have it and they might."