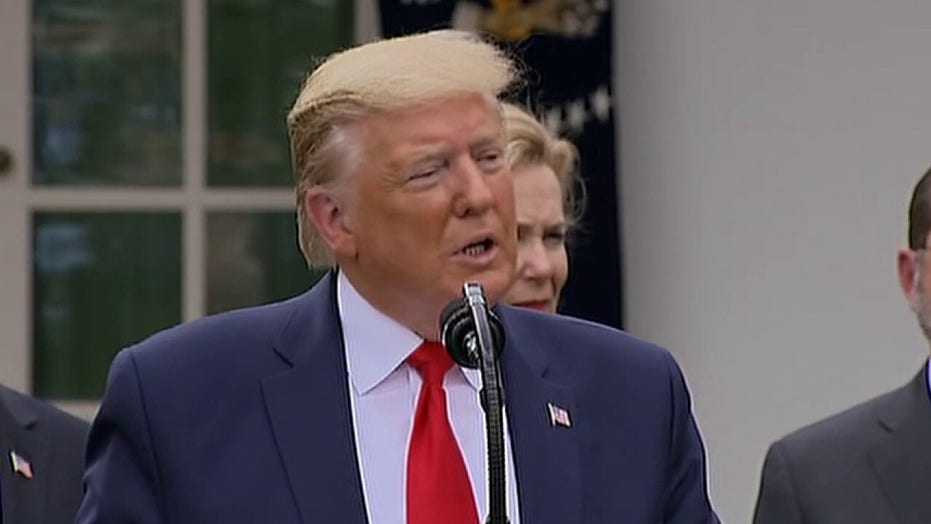 Declaration will free up nearly $50 billion to help states and cities fight the spread of coronavirus; reaction and analysis on 'The Five.'

Jesse Watters complimented President Trump for declaring a national emergency due to the coronavirus, saying his actions will positively impact the country's reaction to the virus.

"When you unleash $50 billion, that's going to do a lot. The markets loved it. You know, everybody was criticizing him when he spoke on Wednesday and the markets went down and now he speaks and the markets go up," Watters said on "The Five" Friday. "So it's really about action. More than anything. He's unleashed the private sector. A lot of people were expecting that."

Watters said the private sector would help ramp up testing and help the medical industry.

"When you bring in Roush and Google and you start ramping up testing, even drive through testing, which we've seen happen in South Korea. And people are very excited about that," Watters said. "So if you really unlock the resources with the hospitals and the medical industry, people are going to be feeling a lot more confident now."

Trump on Friday declared a national emergency over the coronavirus outbreak amid extensive disruptions to the economy and American life, announcing partnerships with major U.S. companies to expand testing capabilities while saying he believes the crisis "will pass.”

"Nancy Pelosi needs to get our act together. I don't know what she's waiting for. They need to come together and get the tax cut with the payroll deal done along with worker relief and paid leave," Watters said. "That should happen now. I don't know what's taking them that long. And on Monday, the markets will respond to that very strongly."

Watters also noted the president possibly getting tested for the coronavirus, saying it will give an indication on the "contagion aspect."

"And I think we will await his results because allegedly he's been in contact with people that have tested positive, been standing next to them, taking pictures with them and if he tests negative, a man at his age, it kind of gives you an indication about the contagion aspect," Watters said.