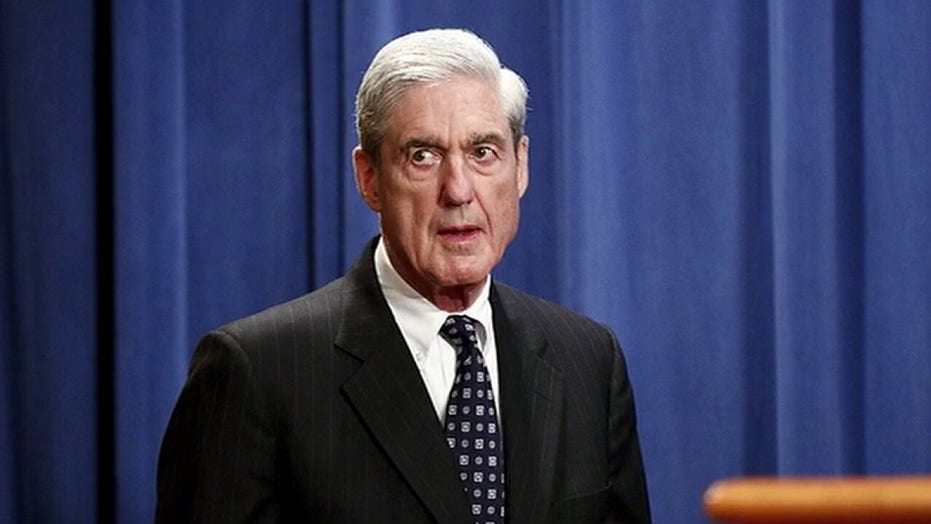 Three years since the appointment of Robert Mueller, what have we learned?

Former FBI Director Robert Mueller was appointed to investigate Russian interference in the 2016 election on May 17, 2017; Judicial Watch President Tom Fitton weighs in.

Donald Trump Jr. on Thursday blasted the media for its lack of response to the announcement that Robert Mueller's former prosecutor Andrew Weissmann will headline a virtual fundraiser for the Biden campaign.

The chat will take place on Zoom, and “guests who RSVP by making a contribution... will be sent instructions for how to join via Zoom,” according to the invitation from the Biden “Victory Fund.”

Weissmann previously served as a lead prosecutor for Special Counsel Mueller during the Russia investigation. After leaving Mueller’s team, he returned to New York University School of Law in May 2019 as a distinguished senior fellow with the Center on the Administration of Criminal Law (CACL), where he had previously worked. Weissmann was also hired by MSNBC as a legal analyst.

DON JR. FIRES BACK AT HOWARD STERN: 'MORE PEOPLE WILL SEE THIS TWEET THAN LISTEN TO HIS SHOW

Trump Jr. slammed the fundraiser, suggesting the media would have a much harsher reaction if the political tables had been turned.

"Imagine how bad the mainstream media would meltdown if the DOJ lawyer that moved to dismiss the Flynn case left DOJ and hosted a fundraiser for @realDonaldTrump?" the president's eldest son tweeted Thursday. "But because the media worships both Biden and Weissmann....crickets. Absolutely Pathetic!"

Trump campaign communications director Tim Murtaugh said: “It’s no surprise that a guy who tried to take down the president through the sham impeachment would also help Joe Biden’s campaign. It doesn’t get any swampier than this: trying to stage a partisan coup against the president and then raising money for his political opponent.”

Throughout the Russia investigation, Weissmann had been considered a “deputy” to Mueller, with conservatives regularly targeting him for his reputation of using aggressive tactics in cases, as well as his role in past controversial prosecutions. Weissmann helped build the case against former Trump campaign chairman Paul Manafort.

Prior to serving in the special counsel’s office, Weissmann served as general counsel at the FBI and was an assistant U.S. attorney for the Eastern District of New York. Weissmann also was the deputy, then leader, of the Justice Department’s task force that investigated and prosecuted Enron executives in the energy giant’s collapse.