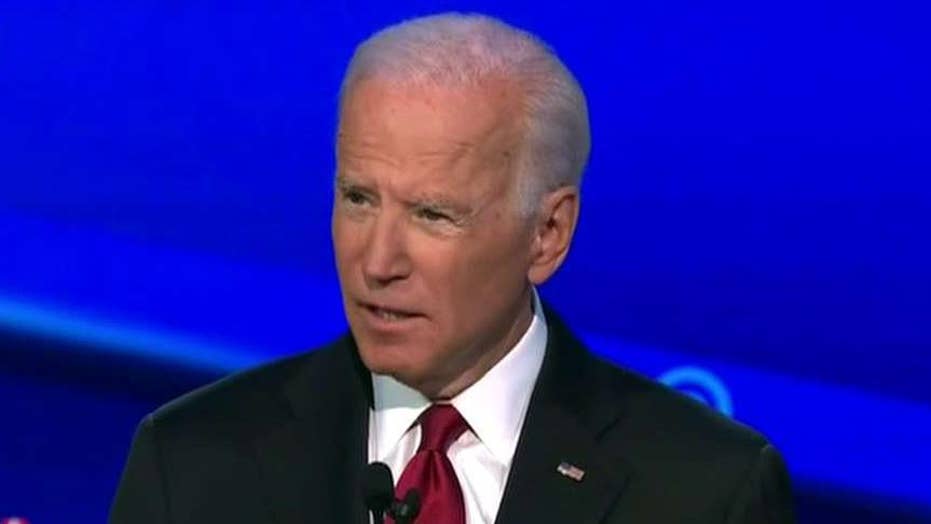 Ellison Barber has a debate wrap-up from Westerville, Ohio after 12 candidates took the stage.

After the three-hour televised event, viewers and some Democratic hopefuls slammed debate moderator Anderson Cooper’s final question of the evening, which did not focus on what many thought could have been more important issues, like climate change.

“Last week, Ellen DeGeneres was criticized after she and former President George W. Bush were seen laughing together at a football game. Ellen defended their friendship, saying, ‘We’re all different and I think that we’ve forgotten that that’s OK, that we’re all different,’” Cooper said to the 12 candidates onstage.

“So in that spirit, we’d like you to tell us about a friendship that you’ve had that would surprise us and what impacts it’s had on you and your beliefs.”

Many quickly took to social media to call out and even outright mock the debate question.

“When you're eight hours into the debate and Anderson Cooper asks a question about Ellen,” tweeted Trevor Noah’s “The Daily Show.”

“Hey, let’s do 20 closing minutes on that Ellen/Bush meme thing. Immigration and climate change can wait until the next debate if the world is still here,” another user tweeted.

Presidential candidates Julian Castro and Sen. Kamala Harris also called out the question, suggesting there were more poignant topics to address on the Democratic presidential primary’s biggest night so far.

“Three hours and no questions tonight about climate, housing, or immigration. Climate change is an existential threat. America has a housing crisis. Children are still in cages at our border,” Castro tweeted. “But you know, Ellen. #DemocraticDebate.”