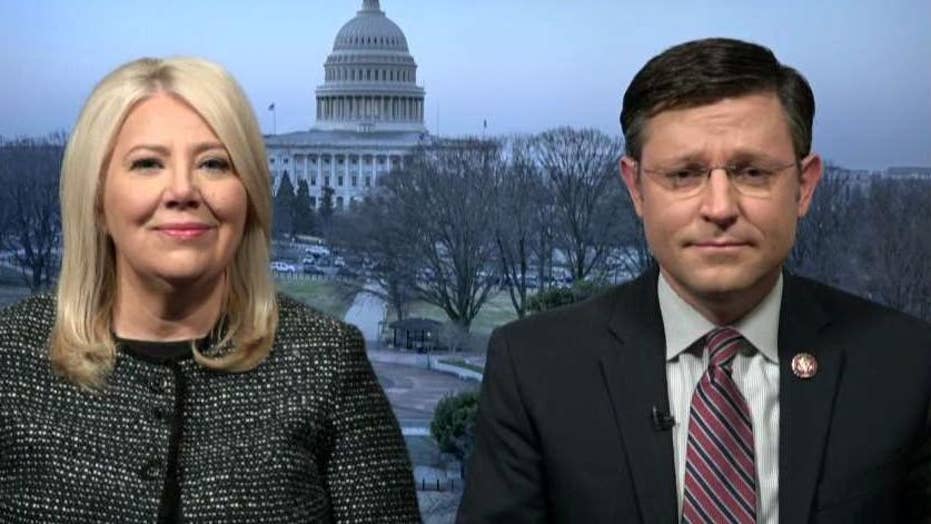 Appearing on "Fox & Friends: Weekend" with host Ed Henry, Lesko said that Democrats have "definitely set the bar too low" for any future impeachment proceedings.

"This is a really dangerous precedent," she told Henry. "I mean, first of all, they started saying there was collusion with Russia, then...obstruction, and then quid pro quo, and then bribery, extortion, witness tampering. You name it. And, then they came up with abuse of power and obstruction of Congress? I mean, most people don't even know what obstruction of Congress means."

"I have heard critics say this week Congress does a good job of obstructing itself," Henry said. "The president got a bunch done this week, Congressman Johnson. Does that send a signal to Nancy Pelosi: 'Okay, you are focusing on impeachment. I'm going to get a whole bunch of important things that I promised the American people done?'"

"Absolutely," said Johnson. We are almost tired of winning, as he said in 2016 on the campaign trail. So, this is ultimately going to backfire on the Democrats."

"As you said a moment ago, Ed," he continued, "the Founders warned against a single party impeachment because they knew that it would divide the country bitterly, and that's what's happening here and that's the great peril of all of this -- what is left in the wake of it."

Lesko concluded: "Well, you know, the Democrats have no credibility left.

"This whole thing has been really unfair -- [a] railroad job."