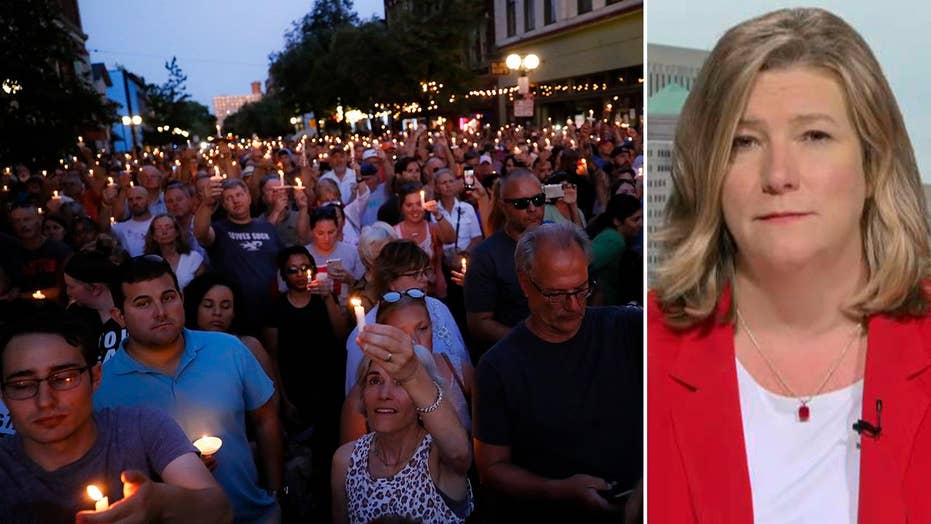 Mayor Nan Whaley wants state and federal officials to 'do their jobs,' asks when will nation do something about 'senseless violence.'

Dayton Mayor Nan Whaley said Monday that following the mass shooting in Dayton, Ohio, she wants to know "when is enough, enough."

Whaley said it is not her job to decide what Congress should do, but she wants federal lawmakers to do something.

“When are we going to do something about this senseless violence?” Whaley told “America’s Newsroom.”

A mass shooting occurred in Dayton where the gunman killing nine people, including his sister, was armed with a .223-caliber rifle. The shooter, identified as Connor Betts, was shot dead within 30 seconds of the first gunshot being fired, according to police.

“This person, the shooter, bought this gun legally and did so much damage in the course of 30 seconds. It really begs the question why anyone needs to have this sort of gun.”

Whaley also said that she spoke to President Trump shortly after the tragic shooting. “We did have a discussion around why this kind of gun even exists in our communities,” Whaley said.

Whaley detailed the discussion she had with president further, “He asked what other people in the community were thinking about it. He agreed that the amount of damage someone could do in the space of 24 seconds was pretty horrific. We had police officers at the scene so six officers that were acting heroically running toward the shooter and if they had not been there, the shooter would’ve gotten into an establishment and hundreds would’ve been dead instead of nine and I think the president recognized that.”

Dayton Police Chief Richard Biehl released the videos during a news conference on Sunday that showed the officers having a shootout with Betts, 24, seconds after Betts opened fire at 1:05 a.m. in Dayton’s popular nightlife district.

“Dayton is a gritty, resilient city and this tragedy will not define us. But how we respond is what will be defined by Dayton,” Whaley concluded.