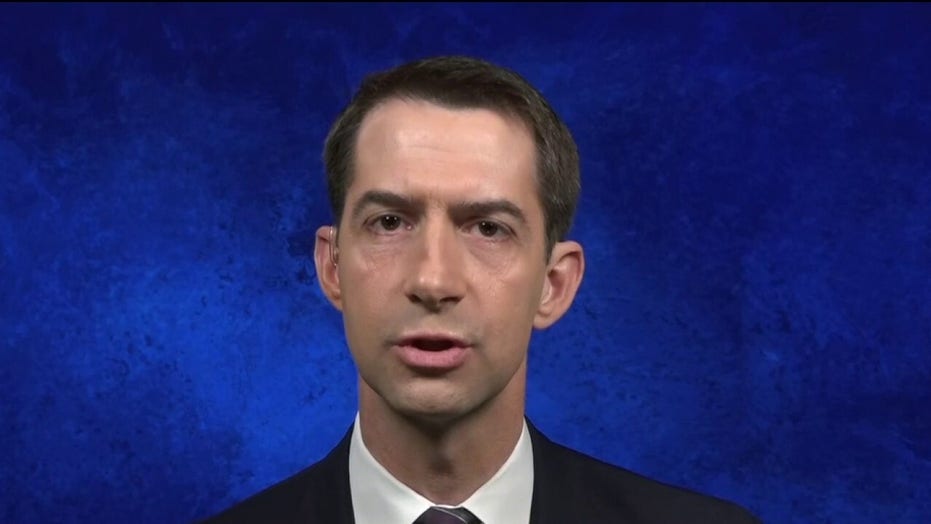 Sen. Tom Cotton: 'WHO is in the pocket of China'

Frum, a prominent NeverTrumper, was promoting a new piece he had written for the liberal magazine on Tuesday, stressing that the unfolding of the coronavirus outbreak in the United States is "his fault."

"Trump wants to blame China. But foreign danger is what we hire Presidents to protect against. Trump failed to do that job. The pandemic is not his fault. US unreadiness? Chaos and lies? Corruption and profiteering? *THAT* was his fault," Frum tweeted.

On Wednesday, Crenshaw linked Frum's tweet to one written by Hu Xijin, the editor-in-chief of The Global Times, a newspaper controlled by the Chinese government.

"What really messed up the world is failure of the U.S. in containing the pandemic. It makes the U.S. unable to aid Europe. Trump govt is desperately blaming China to shirk responsibility, which pushes big power relations to deep crisis. The world is teemed with sense of turbulence," Xijin wrote.

"One of these tweets is from the editor of the Global Times in China, a mouthpiece for President Xi and his communist regime. The other one is from a writer with The Atlantic here in America. See the problem?" Crenshaw asked, comparing screenshots of the tweets side-by-side.

Frum responded to Crenshaw, telling the congressman, "People who read my tweet and follow the link to my article will indeed 'see the problem.'"

"One of my Twitter rules is not to retweet links unless I've clicked and reviewed them. Following that rule in this case might enable @RepDanCrenshaw, to do a better job serving his constituents and country in this time of massive presidential failure," Frum added.