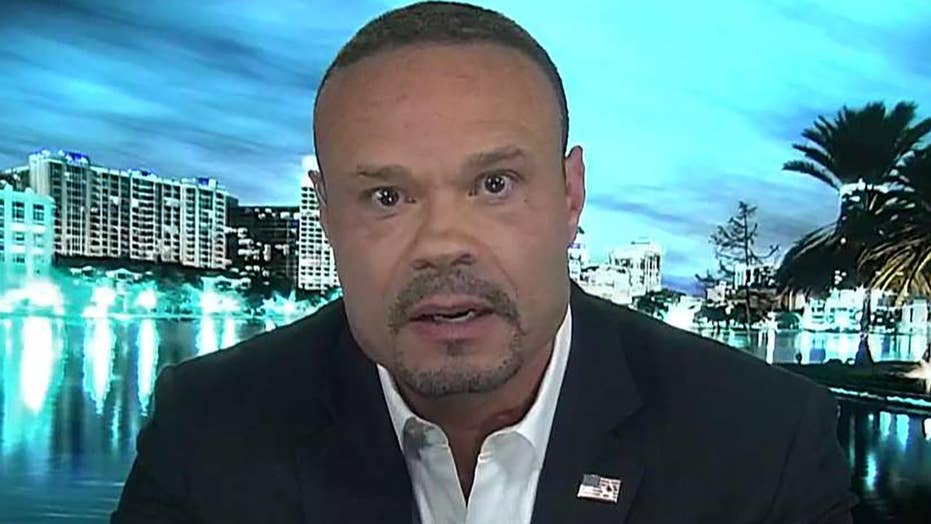 “It’s one of the most disturbing, grotesque trends in politics lately,” Bongino told "Fox & Friends."

Following Saturday’s mass shooting inside a Walmart in El Paso, Texas, Democratic presidential primary candidate Beto O’Rourke said on Sunday that President Trump’s use of rhetoric toward immigrants and Latinos was in part to blame.

The suspected shooter, 21-year-old Patrick Wood Crusius, faces capital murder charges for killing 20 people. Investigations in the possibility of the El Paso shooting being a hate crime are underway by authorities.

Within 24 hours, another mass shooting occurred in Dayton, Ohio, where the gunman killing nine people, including his sister. The gunman, Connor Betts, was armed with a .223-caliber rifle and was shot dead within 30 seconds of the first gunshot being fired, according to police.

“Literally hours, if not minutes after an incident, people jump on their Twitter accounts," Bongino said. "Politicians looking for votes, support, donations, whatever they're looking for and instead of having some sense of empathy with the victims of this really unthinkable tragedy, your first instinct is to tweet about whose fault it is other than the actual person whose fault it is?”

“When you do that and you suck up air time dedicated to attacking President Trump who clearly, by any sane rational actor, had absolutely nothing to do with this at all,” Bongino said.

Bongino went on to say that there is something going on in our culture. “What is going on in the culture? And instead, you’re worried about getting some extra votes in the Iowa caucus coming up. I mean this is sick stuff this is really disturbing,” he said.