Kurtz said it's "unfair" of the media to blame President Trump for mass shootings.

The host of "Media Buzz," Howard Kurtz, said it was unwarranted for the media to blame President Trump for the nation's recent mass shootings in El Paso and Dayton, but claimed such attacks remain fair game for rival politicians who are running against him.

"We just heard ... Beto O’Rourke saying on CNN, that President Trump actually encouraged this sort of thing, with what he said after Charlottesville. And I knew this was coming. It's the pattern after every shooting. Often it's about gun control," Kurtz said on Sunday.

"I understand that the president’s actions and the verbiage he uses about illegal immigration are going to be part of this debate -- but to suggest that he’s responsible, that he’s encouraging, that he’s condoning the actions of a crazed gunman seems to me to be horribly unfair on the media’s part. Politicians can do it, they're running for office. But should the media tolerate this?"

Panelist Kat Timpf said she disagreed with Trump's rhetoric on immigration, but claimed the media has no right to pin mass shootings on the president. 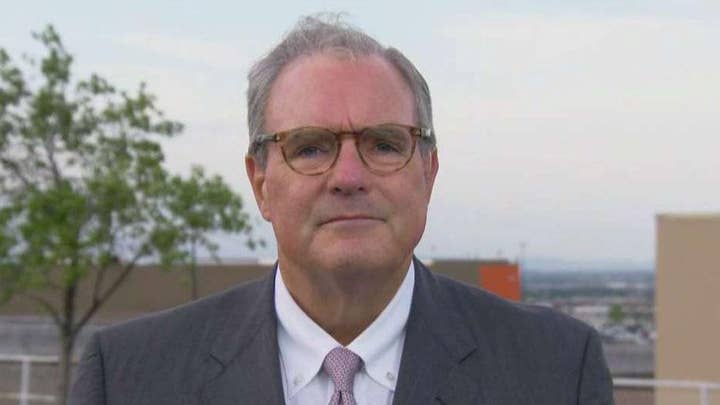 "Unfair is exactly the word that I would use here and I say this as someone who has had problems with some of the things that Trump has said about immigration in the past. I certainly don’t agree with President Trump on immigration," she replied.

Timpf added: "However, I’ve already seen a few columns, there's one in The Intercept ... basically saying the same thing that Beto is saying that Trump is responsible for this, and that’s just insane, Obviously, Trump doesn’t want to see all these people murdered. Nobody wants to see something like this, these are crazed lunatics. And if this manifesto does turn out to be from this shooter then yes, I would absolutely call it domestic terrorism and white supremacist terrorism, anti-immigrant terrorism... but to blame President Trump, that’s just — it’s illogical, in addition to being unfair."

Kurtz said the same idea could be applied to former President Obama's rhetoric against law enforcement following the deaths of police officers, but claimed that would be wrong, saying Obama and Trump are both not responsible for the actions of a mad man.

"The president had already issued a statement calling this a hateful act and an act of cowardice. At the same time, I just feel like I have a sense of deja vu. During the Obama administration sometimes when police officers were killed, certain conservative commentators would go on the air and say, 'Obama has blood on his hands because of his anti-law enforcement policies.' Well, he did not and President Trump did not," Kurtz said.

"It is fair to challenge his rhetoric and handling of the immigration issue. But to suggest that he would in any way be condoning the shooting of so many innocent people is something I think the media needs to be really careful about." 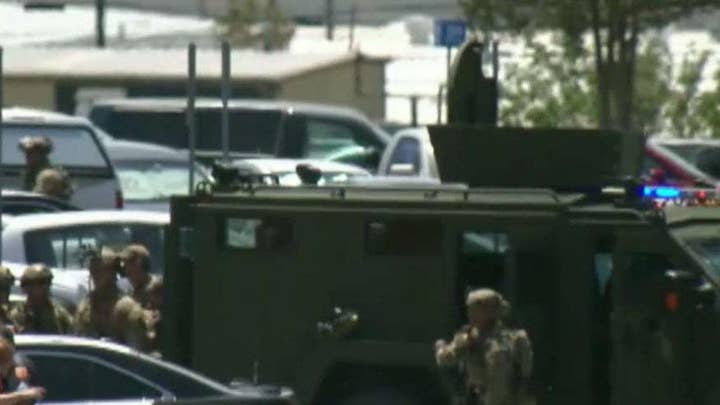 Timpf also mentioned the media's double standard with regard to James Hodgkinson, who shot Rep. Steve Scalise, R-Louisiana, at a congressional baseball game in 2017. She said pundits and hosts weren't as willing to tie him to Bernie Sanders as they are to tie Trump in with the current shooter.

"Remember the shooting at the congressional baseball game, that guy was a Bernie supporter and nobody brought that up," Timpf said.

"He loved Rachel Maddow," Kurtz replied. "It had nothing to do with that."