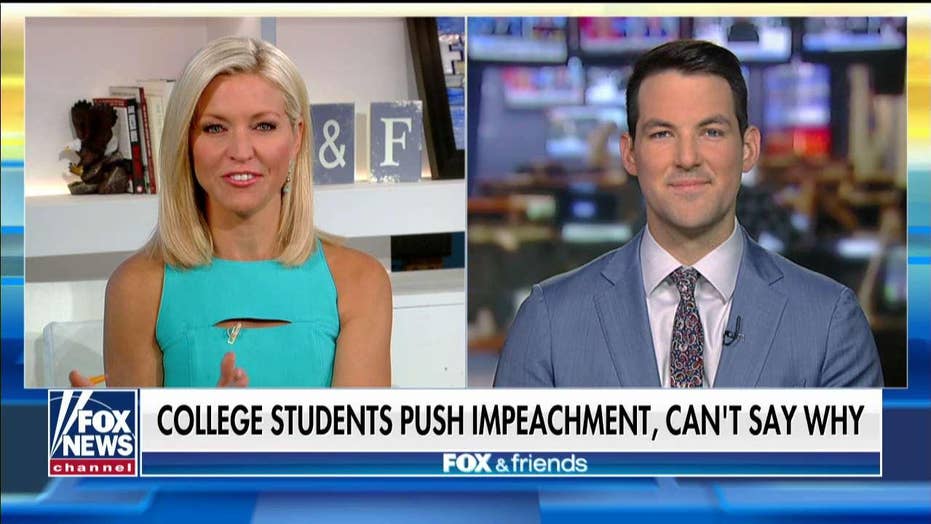 College students call for Trump impeachment, though they're not sure why

As House Democrats push for an impeachment inquiry against President Trump, Campus Reform's Cabot Phillips traveled to a Virginia campus to ask college students about why such action should be taken.

Phillips, who appeared on "Fox & Friends" Friday to detail the experience, asked students at Marymount University in Virginia whether Trump should be impeached. Most of those who supported impeachment failed to provide reasons.

“I think he should be impeached,” a student told Phillips, but responded, "I'm sure there are reasons I don’t know of" when asked why.

Another student said Trump should be impeached.

“I’m not that into politics, I don’t pay that much attention to it,” she said about the reasons for impeachment, calling Trump "full of hate" toward immigrants and minorities.

She said: 'As a Hispanic I feel like he's just against minorities in general, which makes up a lot of the country."

Another student said Trump should “absolutely” be impeached.

When asked for his reasoning, he said, "Honestly, I think it’s a lot of just how popular he is and so, even though you’re so popular and poppin’ right now, it’s not good for America.”

Phillips said “Millennials are now the largest voting bloc in America" and college students should not "get a pass" for not staying informed. He said there were no students who argued against Trump's impeachment and even if there were, they'd be "afraid" to express such an opinion. 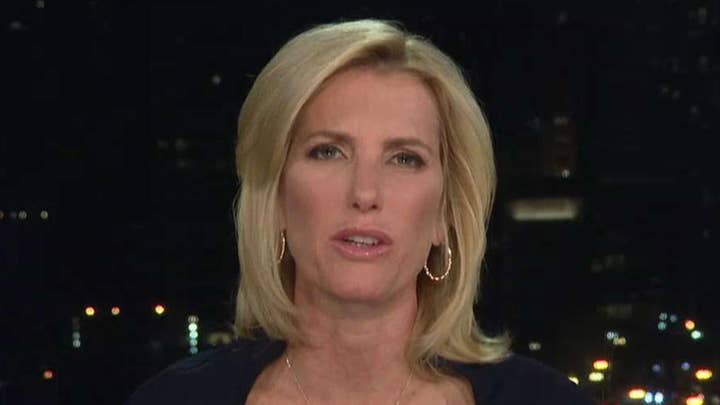 "It's easy to laugh this off and say this is just silly college students, but you have to remember that their vote counts just as much as yours and mine," Phillips said.

“Moving forward, we should hope to have an educated electorate," Phillips added, "and so, I think when you see videos like this, it’s a reminder of what happens when you have an echo chamber and just how important it is we to encourage people to think critically for themselves and not pressure to support one side over the other."

The House of Representatives moved forward on impeachment inquiry this week, though they have not held a formal vote on the matter. Democrats accuse President Trump of abusing his office by requesting that Ukraine investigate his potential 2020 election rival, former Vice President Joe Biden.