CNN published an op-ed on Friday accusing Senate Republicans who questioned Ketanji Brown Jackson during her confirmation hearing of being extremists.

The article titled, "Extremists have their fingerprints all over the GOP," alleges questions from Sens. Josh Hawley, R-Mo., and Marsha Blackburn, R-Tenn., were untruthful. CNN political analyst Julian Zelizer pointed to the senators alleging that Judge Jackson was lenient on child sex offender crimes.

"Sens. Josh Hawley of Missouri and Marsha Blackburn of Tennessee, for example, went after Jackson by trying to paint a misleading picture that she had been particularly lenient toward sex offenders," Zelizer wrote.

Republican senators questioned and criticized Jackson over her sentencing child pornography convicts for terms shorter than federal guidelines. In one case, Jackson sentenced an 18-year-old to three months in prison for possessing a large quantity of child pornography. Hawley criticized Jackson for her judgement and her comments where he alleges she expressed sympathy for the defendant and his family.

"Others fell back on another Republican boogeyman: critical race theory," he wrote.

The debate around critical race theory being taught in schools was discussed in the Supreme Court confirmation hearings when Sen. Ted Cruz asked nominee Judge Ketanji Brown Jackson about her thoughts on the controversial curriculum.  (Photo by ANDREW CABALLERO-REYNOLDS/AFP via Getty Images)

According to the CNN political analyst, questioning Judge Jackson on her record constitutes norm-breaking behavior by the GOP.

"Throughout the confirmation hearings, Republicans tried to score cheap political points by delving into bizarre lines of argument -- all of which revealed how fringe talking points had become mainstream," Zelizer stated.

"Top elected officials were espousing claims that in earlier eras would have been considered too far off base to focus on during a televised proceeding," he continued. "The way in which the far right has influenced the mainstream Republican Party has been one of the pivotal stories in American politics in recent years. This radicalization has created a situation in Washington where one party has shifted further from center than the other." 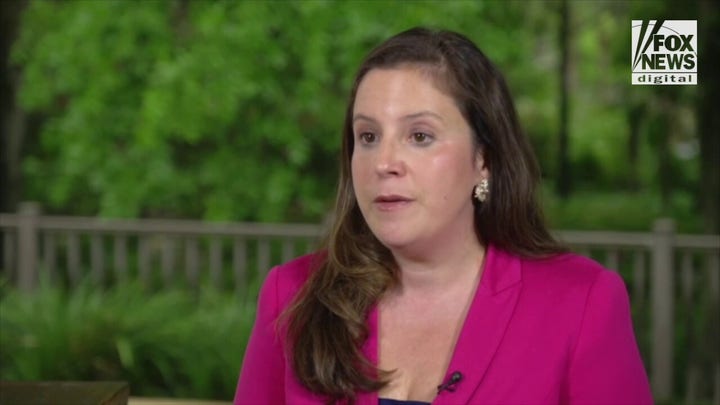 Zelizer is a frequent critic of Republicans and often praises Democrats for their policy stances. Last summer, Zelizer argued elected officials were too focused on the rights of individuals and not the collective well-being of the nation when it came to fighting COVID-19. He advocated for mandatory vaccinations and vaccine passports.

"Biden and other political leaders need to start thinking about the good of the collective and not just the rights of the individual. Doing so is not some sort of move toward socialism, as conservative critics inevitably argue," Zelizer said. "Thinking of the common good is as American as apple pie."

Joe Silverstein is a production assistant for Fox News Digital.